The Black Church Needs to Stop Idolizing the Pastor 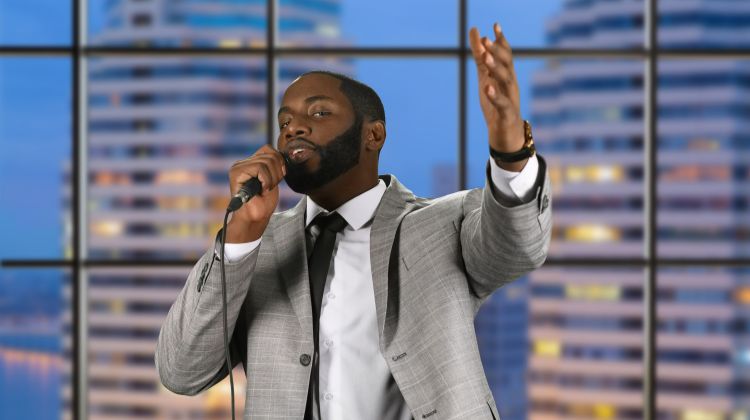 From the Darrell Harrison series: 10 things the black church should stop doing

This is the first in a series of commentaries I’ll be writing on traditions and customs that, in my humble opinion, are doing damage to the missional purpose of what is commonly referred to as the “Black Church”. The objective of this series is not to denigrate any particular denomination, church, or individual, but to humbly address what I personally view as orthopraxy (orthodox practice) that is harmful to the Black Church as an institution and detrimental to the advancement of the Gospel in general. – Darrell Harrison

This initial point will undoubtedly bring up in the minds of many the words of the apostle Paul to Timothy when he said,

Let the elders who rule well be considered worthy of double honor, especially those who labor in preaching and teaching. For the Scripture says, “You shall not muzzle an ox when it treads out the grain,” and, “The laborer deserves his wages.” – 1 Timothy 5:17-18 (ESV)

You will get no argument from me that the man who, by God’s clear standard (Titus 1:7-9), faithfully carries out his responsibility to shepherd the people of God, should be adequately compensated financially so that he and his family, if applicable, is sufficiently, though not exorbitantly, provided for.

Nevertheless, the pastor, regardless how successful he might be at fulfilling (2 Timothy 4:5) his God-ordained role at the local church level, and perhaps even beyond, is still only a man and, as such, a sinner (Romans 3:23) despite the degree of accomplishments he may have, by God’s grace (John 15:5), achieved while ministering to a local body of believers.

Notwithstanding the role the pastor has historically played within the Black Church in America, particularly with regard to matters of social justice and human rights, a problem many black churches have today is that the pastor is viewed as being of inherently greater stature than the fallen human being he is (Romans 3:23).

Traditionally, the Black Church has granted a significant amount of autonomy to those who occupy its pulpits (a topic I will address in a later commentary in this series.) Consequently, the pastor has been ascribed a level of reverence and devotion that approaches idolatry on the part of those who make up his local church congregation, and for no other reason than that he is the pastor.

Such worldly adoration is unhealthy because it feeds into the ego of the pastor, not to mention those whom he is called to serve, by making a mere man, not Christ, the focal point of why that local church exists and, conversely, why those who attend that church should continue to do so.

Which begs the question, “Who is actually being worshiped anyway, the Lord of the church or its pastor?

I stopped counting long ago the number of times I’ve heard my black Christian friends say pridefully, “Oh, I go to Pastor [insert name here]’s church”, as if were “Pastor So-and-so” no longer there, the church would cease to exist altogether and he or she would find some other church to attend (or worse, some other pastor to idolize.)

And he is the head of the body, the church. He is the beginning, the firstborn from the dead, that in everything he might be preeminent. – Colossians 1:18 (ESV)

There are churches I could name, but won’t, that were the current pastor to leave for whatever reason the church would fall apart within a matter of months, if not sooner, because the congregation is more enamored with the pastor than with God.

Likewise, there are pastors of black churches who have been caught up in major moral and ethical scandals who, had proper biblical church discipline (Matthew 18:15-17) been appropriated in those situations, would have disqualified themselves from ever preaching or teaching again from the pulpit of those churches.

However, all too often, it is the “Facebook approach” to church discipline that is ultimately proffered whereas corrective measures, that is, to the extent that they are meted out at all, are applied based on the subjective standard of how much the pastor is “liked” by the congregation, as opposed to God’s objective standard of how those who occupy the pulpit should conduct themselves.

As a result, many in the congregations over which these men preside are content that their own personal expectations of “church” (i.e preaching style, likeability and, in some cases, marriage-ability) are met in and satiated by the pastor, therefore, his personal sin is often overlooked and he is allowed to remain in the pulpit despite the absence of any evidence of genuine repentance or contrition on his part (Psalm 51:16-17).

Today, many rogue speculations infiltrate and corrupt the church’s teachings and lead to extra- and non-biblical abuses.

When combined with the marketing muscle of the digital age and popular publishing, these ideas create a bewildering maze of concepts that exclude the average churchgoer from the esoteric theology club.

Consequently, rigorous knowledge of God as He revealed Himself in the Scriptures evades both pulpit and pew. – Thabiti M. Anyabwile, The Decline of African-American Theology: From Biblical Faith to Cultural Captivity, p. 245

In the context of the above passage from 1 Timothy 5:17-18, I do believe it is pleasing in God’s sight to give proper deference and consideration to the men of God, who faithfully and obediently serve in the capacity of pastor, as it is quite often a thankless and unappreciative job filled with constant pressures, demands, and temptations from the world, the church, and the home.

However, when a church fails to hold its pastor accountable out of a paradigm of personal apotheosis (God-like status) and immortalization or when one’s theology of church membership has more to do with the man in the pulpit than with the God of the pulpit, then that man has gone from being a man to an idol (1 John 5:21), and to worship anyone or anything more than God is sin (Exodus 20:3-6).

The Church universal and local is founded upon the propitiatory work of Jesus Christ; for it is He who said, “Upon this rock, I will build ‘My’ church” (Matthew 16:18). He did not say the church that would be built would be the church of Pastor So-and-so.

Brothers and sisters, we must hold pastors in their proper place, as men, not as idols to be adored or worshiped, but as the fallible, imperfect servants of God that they are.

See to it that no one takes you captive by philosophy and empty deceit, according to human tradition, according to the elemental spirits of the world, and not according to Christ. – Colossians 2:8 (ESV)

« When Black Churches Treat the Pastor’s Wife as “Co-pastor”
Guess What? Your Marriage Is Supposed To Kill You »

Darrell is a native of Atlanta, Georgia and resides in Covington, Georgia (about 45 miles east of Atlanta) and attends Rockdale Community Church, a Reformed Baptist congregation located in Conyers, Georgia. Darrell is passionate about biblical theology and apologetics, particularly as it relates to Christians understanding theology toward developing a biblically-sound view of the world (worldview). He is available for speaking engagements at churches or other venues. Darrell blogs at https://justthinking.me/