I Got Angry At My Daughter the Other Day 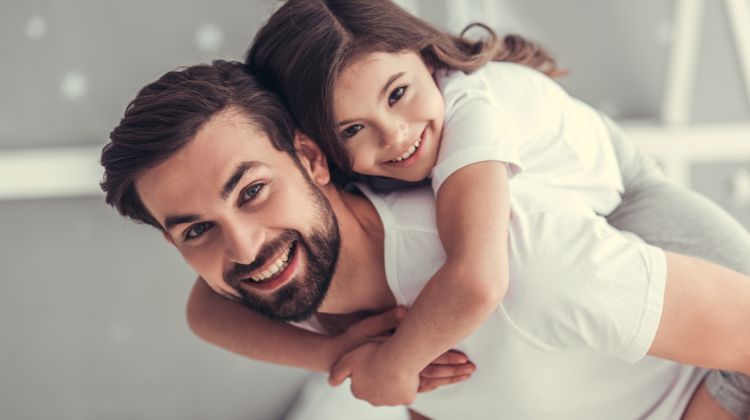 Disappointment in others is a temptation to become sinfully angry at them. If you do this, you will disqualify yourself from helping them overcome whatever they did wrong. Before you can assist them, you will have to fix your anger problem.

The other day my daughter did wrong. She made a mistake. It was evident. It was clear. It was objective. And I was disappointed. I was hurt. I responded to her in sinful anger.

It was not the first time that I have gotten angry with one of my children. My most recurring sin pattern is sinful anger. It works out in different ways. For example, I have raised my voice, been impatient, exhibited frustration, grumbled under my breath, complained to family members, and openly criticized them.

I discovered something my daughter was doing. Rather than responding the way Christ always responds to me, I raised my voice in anger and disappointment. She did not receive redemptive care from her dad. She received harsh punishment.

She fully felt the disappointment in my voice. Rather than asking her questions to draw her out to gain her perspective, I elevated my voice and lectured her on her sin. She was in a hopeless place. I put her there. God never puts us in an impossible place when we sin.

My sin trumped hers at that moment. In football parlance, it is called piling on. The penalty for piling on happens when someone tackles a player, and the play is over, but a player from the opposing team jumps on the pile.

In such cases, there is a 15-yard penalty assessed. The player did not have the sense or the self-control to see the situation for what it was. Rather than thinking and stopping, he piles on the stack.

Rather than recognizing the situation for what it was, I chose to bully my way through my points. My twisted actions at the moment were forcing righteousness on my daughter through manipulative fear tactics.

Though I was not thinking with this kind of clarity at the moment, that is what I was attempting to do. My wrong sanctification approach was for my daughter to see things my way and ensure she would never do it her way again.

My approach did not work. My child never got past my anger. Her thoughts were not on what she did wrong, why she did wrong, or how she could have done better. She was thinking about the large person in the room who was displeased with her. I blew a redemptive moment with my daughter.

Have you ever blown a redemptive moment with a child, spouse, or friend? Can you think of a time when someone sinned against you, and you returned their sin with your own? If you have, you understand my predicament.

Whenever a person responds sinfully to someone’s sin, he immediately disqualifies himself from helping the first sinner. While it is true that sin needs punishment, sinful anger has never been God’s method of punishment.

When Adam sinned, the Father’s choice for punishment was to provide a sacrifice for the guilty sinner. He chose to become part of the solution rather than piling onto the original problem.

Though the Father could have spent His time lecturing Adam, He did something counterintuitive. He did something profound. The Lord gave Adam the gospel. Rather than making legitimate demands, He mapped out a plan to redeem a bad person from a bad situation. Christ was the Father’s method for redemption.

But God shows his love for us in that while we were still sinners, Christ died for us. – Romans 5:8

Some may argue that I did not disqualify myself from helping my daughter, even though I did respond sinfully to her. My objection to that argument would be for you to ask my daughter about my ability to help her at that moment.

She would disagree with you. In fact, I have asked her in times past what she thinks about when I get angry with her. Here is what she told me:

Daddy, when you get mad at me, my mind shuts down. I don’t know how to think or how I should respond. I get nervous. It makes me afraid.

Will you ask your child or spouse a similar question? Will you ask them how your bad response to their sin affects the original problem? When my kids sin, I have one of two options:

If I do the former, I immediately disqualify myself from walking them through whatever sin issue they committed. If I choose the latter, I am in a position to be an active minister of reconciliation for their good, my good, and the glory of God.

In the situation with my daughter, the first thing I had to do was neutralize the sin I created between us. I needed to “re-qualify” myself to be a minister of reconciliation. Because of me, my daughter came into my room carrying one sin but left under the burden of two.

I needed to pray to the “Sin Remover” so I could get back to the business of parenting my daughter. When you sin in response to sin, the first thing you should do is repent to God and to the person that you directed your sin. If you don’t do this, there could be several repercussions:

When you sin in response to sin, but choose to repent rather than ignore what you did wrong, several good things occur:

There are times, as I have illustrated here with my daughter, where it is difficult to refrain from the temptation to sin in response to sin. Sometimes out of deep love and affection you have for someone and the godly desire you have for them, you forget the redemptive methods of the gospel.

When they mess up again! You lose focus, even forgetting your temptations and struggles with ongoing sin patterns in your life. What person does not have a permanent lifelong sin pattern in their life?

Isn’t it ironic that I was lecturing my daughter about how not to sin and why she should not sin, by sinning against her? I was trying to avert a sin pattern from forming in her life, by using a sin pattern in my life.

Maybe ironic is not the best word choice here. How about sad? It is not God’s approach to sanctification. If I had chosen not to sin in response to her sin, I could have immediately positioned myself to help her through her challenges.

Though it is hard at times to not sin in response to sin, God is clear that His grace is sufficient for such moments as those.

God’s grace is sufficient for any situation regardless of what it is. People’s sins are not greater than God’s grace. The major issue to work through if you regularly sin in response to sin is to examine why God’s grace is not sufficient.

When I respond to sin by sinning, I am getting caught up in the wrong that is going on rather than the grace that I should appropriate through the ministry of the Holy Spirit. When my daughter’s problems trump the work of God in my life, the gospel is anemic at that moment.

It was important for me to talk to God about why His gospel was ineffective when my daughter needed my redemptive care. Reflecting on why I did not appropriate His grace in my heart was more important than focusing on what I was not getting from my daughter.

When I did this, I realized my desire for my daughter was a good desire. I wanted her to love God with all her heart, soul, mind, and strength (Matthew 22:36-40). However, I was not willing to do the hard work needed to help her get to that place.

I did not want to set aside my desires to help her (James 4:1-3). To help her required too much work. It was easier to unleash my anger to expedite the process of holiness in her life. It was as though I could make her holy my way rather than God’s.

I was trying to circumvent God’s slowness in my daughter’s life by speeding up the process through anger. Because of my sin, it took two nights to clean up two messes. If I had responded godly initially, it would have only taken a night.

More irony – The way I parented my daughter is not how sanctification works for me. God does not yell sin out of my life. It is His redemptive love that leads me to repentance (Romans 2:4).

Once my heart began to get back in line with the gospel (Galatians 2:14), I repented of self-centeredness, laziness, unkindness, and harsh tones (anger) toward my daughter. My God and my little girl forgave me.

Once my sin was neutralized and no longer an obstruction to what God was doing in my life or hers, I was able to minister to her. It was only then that we had an incredibly pleasant conversation about her sin, why she did it, where she struggles, and why she struggles. It was redemptive! It was God’s amazing grace!

Because I have an anger problem that occasionally surfaces in our home, I wanted to hear from my daughter about how my sin has affected her through the years. After I repented and she forgave me, and after we talked a while about her issues, I asked two final questions:

Mercifully, she said I was a happy dad, and she was more aware of my love for her than my displeasure in her. For that I was thankful. It brought tears to my eyes.

I do love my daughter and hate my sin, but I know I cannot hide my head (or my reputation) in the sand, thinking I am something when I am not. Sin affects people. Sin put Christ on the cross. No person sins “in a corner,” not affecting those around them.

I don’t know how you parent your children, live out your marriage, or how you interact with other relationships, but I would appeal to you to take time with those you care about the most and ask them to serve you with biblical feedback honestly.

« Why Do You Attend Your Church?
How to Make a Good Decision about Anything “In Faith” »