Ep. 231 A Rare Look Behind the Scenes of a Christian Ministry 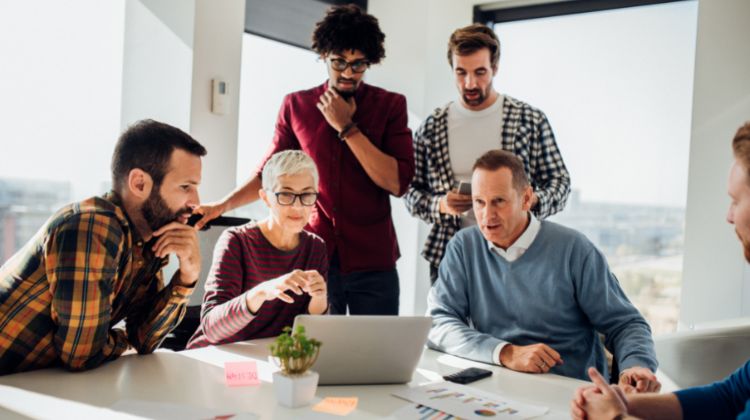 Shows Main Idea – Rick Thomas pulls back the curtain and has a candid conversation with Josh Gravitt, who leads the “support arm” of our ministry. Josh shares his life experience and passion for helping Christian ministries. You’ll get a rare look into the heart of a Christian leader who understands the backend of a ministry that most folks have not had the privilege of seeing.

1 – How did you get into fundraising?

After college, I worked in banking and, after about seven years, realized that the corporate world wasn’t for me. I felt like God was calling me into working with Christian ministries. I attended seminary and began working at a variety of roles in several ministries.

In each of these roles, I realized there are so many things that cost money. And nobody understands it except the people working at the ministries. If the funds aren’t available, sometimes major issues are just patched up with band-aids, and it can hamstring a ministry’s ability to be effective in its mission. Some people see the word “ministry” and think “free,” but while any ministry would want to be completely free, it costs money to operate a one.

2 – What is Christian fundraising?

Christian fundraising, at its most basic level, is letting people know what a ministry wants to do in the future, what its needs are, and how people can help. Christians are incredibly generous. Nearly every poll shows that Christians give more than non-religious people. So the problem many ministries have is not that their audience isn’t willing to help, but they don’t know what the needs of the ministry are and how they can help.

3 – Why is fundraising needed?

Most people hate asking for money. Sometimes we feel like if we ask for money, we are like a beggar on the street that isn’t contributing anything but wants a handout. In 1 Timothy 5:17-18, Paul talks about an Old Testament command that says you shouldn’t muzzle an ox while it is treading out the grain.

It would help if you allowed it to benefit from its work. Paul applies this to church elders. In several of Paul’s Epistles, he talks about his missions and appeals for funds to accomplish this. Ministries need to have someone that can speak to people about the needs of the ministry so they can be effective.

4 – What are some of the negatives?

The most obvious problem is that some of the wolves and charlatans on TV and radio have given any ministry asking for support a bad name. When someone gets on TV and promises if you sow a seed of $100, then $1000 will appear in your bank account; it makes people wonder if all ministries will say anything to get money.

I had a friend see one of these guys on TV making all kinds of promises like this, so she sent a letter with $1 to see if she would get a reply. She received a letter back with a tracing of the “prophet’s” hand and a small packet of “anointing oil” with instructions for her to put her hand on the trace, pour the anointing oil on her hand and pray for whatever she wanted the most. As long as she sent in her financial tithe to the guy in the included self-addressed envelope, God would answer her prayer. That’s pure superstition and a slap in the face of Christianity.

5 – What are some of the common problems that ministries run into when they are underfunded?

The number one problem is that in ministry, everyone wears separate hats. Typically, if you go into a secular business and ask someone what they do, it’s one role. “I’m an administrative assistant; I’m an accountant. I’m in IT, etc.” But if you go into many—if not most—ministries, everyone has multiple roles.

The admin assistant is also the accountant and does IT. One obvious problem is that it’s hard to do one job well, and another problem is very often people get slotted into roles they aren’t gifted at all. Before I started here, you said this is an issue you are currently facing and hope to change?

6 – Is someone in your role only concerned with raising money?

Not at all. “Fundraising” is somewhat of an unfortunate term. Support raising may be a little more accurate. While financial support is crucial for any ministry, there are other ways people can support the ministry. Prayer is one very important way. If people know what an organization is hoping to accomplish, they know how to pray for the ministry.

Another is knowing in what way people would like to see the ministry grow. It’s easy to fall into the trap of thinking we know the best way to go until we get wise counsel that show us there may be a better way. As I get to know people, I invariably see ways that ministries could be more effective in their mission that I would never have even considered on my own.

This ministry is one of the most unique ones that I have ever seen. I have followed the ministry for years. There is a staggering amount of great content on much-needed topics, and it’s not nearly as widely recognized as it should be. You told me a great quote about what one of the supporters of the ministry said. Will you share that? (“Rick’s has some of the best content in the Christian world, and he has this unique ability to keep it hidden from everyone.”)

I would like to see the first part of that quote only to become more resonate with the world and the second part to go away. I want people that are struggling or know someone else that is struggling in any area to think of Rickthomas.Net as a go-to resource immediately.

You need help. I was shocked to see all that you and your small team is doing, and it’s not possible to sustain, though I’m not sure how you have been doing what you’ve been doing for twelve years running. Regardless, I know it’s not sustainable. I’ve been involved in ministries long enough to know that when someone is doing what you’re doing, you have to have help. So, the overarching goal is to help you.

Build Support Base – As for the particulars, I want to take one of your hats away from you, and that is something that I can do, and I love helping ministries building a solid and sustaining support base. Thus, goal number one is to create a support base, which will lead to the second thing.

We do have a small team that helps in some of these areas, but Rick provides oversight in all of them while doing many of them. Our goal is to move Rick to the center of this document where he is ONLY doing leadership development and content creation while we provide him with the skilled people who can serve in these other areas.

Add Skilled Team Members – Once we build a sustainable and perpetuating support base, we can start adding skilled “position players” to your team. Perhaps you, Rick, could speak to some of the folks who need to take some of your hats.

First Initiative: Matching Campaign – Our first goal as we work to building out your team is to start a matching campaign. We have two donors who said they would give $25K apiece if we can raise an additional $50K. To find people to do the work that you have been doing will cost at least $100K. If we can raise this seed money to build out your team, you will have that financial foundation, which will release you to do what you do best.

Second Initiative: Give Your Work Away – After this first campaign, my goal would be to continue to help build out this support base so the ministry can experience what I believe the Lord is willing to do through this work. The hope is that by next fall, you will be able to give your life’s work away freely. To do that, I will have to continue to build our support base.