There Are Only Four Problems In Life For You To Solve 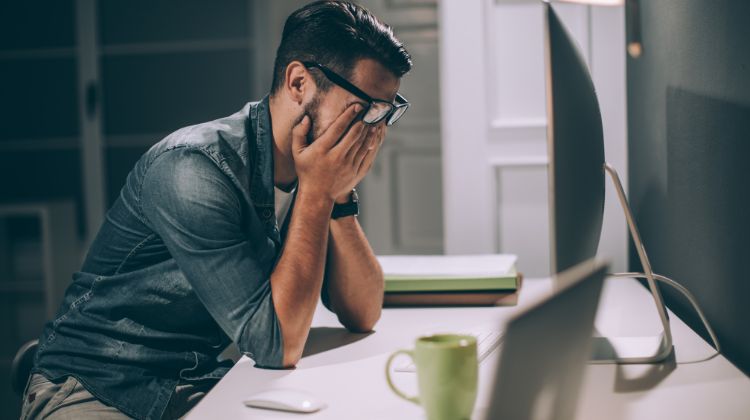 Did you know there are only four problems in life? Did you also know that you address them in one order? Both true. These are universal problems with one solution. Before I get to them, let me tell you a story.

Biff was your typical high school senior. He couldn’t wait to graduate so he could start college. The most pressing question during his senior year was, “Where are you going to college?” One question. Asked different ways:

The real question they were asking him was, “What do you want to be after you grow up?” This life problem was an unfortunate question for Biff.

Today, Biff is 41 years old. He has been married for 17 years, has two children, and is thinking about a career change. He has been living with an imperceptible low-grade discontent for the past decade. Biff is a frustrated man.

Unfortunately for Biff, he was never discipled well. He was mostly groomed to think about his career and what he wanted to do as an adult, which is why he went to college, earned his degree, and began his dream job.

It never dawned on him (or his parents) that there were more important things in Biff’s future than education. Rather than helping him with those things, his parents put on a full-court press to make sure he made good grades.

Biff pleased his parents; he made excellent grades. He graduated near the top of his class in high school. The best universities in America pursued him, and he graduated in the top 5% of his college class.

It all looked so good. It was so promising. Biff’s parents could not have been more proud. But nobody saw the chink in Biff’s armor. No one equipped Biff for life. Even though he was so smart, Biff was educated to fail at life.

His parents did a major disservice with their education-centric worldview. His eight years in high school and college were spent solving what he believed to be the most significant problem in his life: “What do I want to be when I grow up?” What he did not know and what no one ever told him was that the problem he was working on should have been the least of his worries.

Now he is in a strained marriage, and his family is escalating in relational dysfunction. Biff is a well-educated man, but he can’t solve his growing list of problems. He’s the lead tech in his engineering firm and a failure in his family. He’s ready to quit. Not his job, but trying to make a go of a good marriage and family.

Here is what Biff did not know.

Every problem you will ever have in your life can be summed up in four categories and resolved in one order. Regardless of who you are or where you live, your problems are no different from anyone else’s.

We all may have a unique fingerprint, and even want to consider ourselves different, but the real truth is that we are not different. God made one man, and every other man or woman came from that one man (Romans 5:12).

We cannot be different where it matters most, or we would need over seven billion unique solutions for our problems. When it comes to who we are and what we need, we all share in what is common to all of us.

No temptation has overtaken you that is not common to man (1 Corinthians 10:13).

For we do not have a high priest who is unable to sympathize with our weaknesses, but one who in every respect has been tempted as we are, yet without sin (Hebrews 4:15).

We have one Savior, and He can relate to all of us. One man relates to every person because all people are essentially the same. When it comes to our problems, there are only four:

There are two unalterable laws to remember when working through these problems.

The problem with Biff is that his whole life is centered around Problem #4. He started and stayed there: “What do I want to be when I grow up?” Or, “How do I live in God’s world?”

The number one problem in life is humanity’s problem with God. I don’t think I have to make a case for this: We are fundamentally flawed from the inside out, and until we solve this problem with God, nothing else really matters.

But seek first the kingdom of God and his righteousness, and all these things will be added to you (Matthew 6:33).

We cannot have a (1) non-existent or (2) broken, or (3) cold relationship with God and expect to be able to engage in life properly. It does not work that way. The first and biggest problem that any human must begin to resolve is his (or her) problem with God.

Once we are in right standing with God and are maturing in faith, we are on the right track to begin the process of understanding ourselves.

Psyche-logos, or the study of the soul, is the proper definition of the word psychology. A psychologist is a person who studies the soul. He brings observations, corrections, and counsel to soul problems.

The greatest human Psychologist who ever lived was Jesus Christ. The most effective psychologists in the world today are Christians who (1) understand God’s Word and (2) can bring God’s Word to bear on the souls of people.

The Lord God formed the man of dust from the ground and breathed into his nostrils the breath of life, and the man became a living creature (Genesis 2:7).

All Scripture is breathed out by God and profitable for teaching, for reproof, for correction, and for training in righteousness (2 Timothy 3:16).

Therefore, God is the most objective source for understanding the problems of man.

Imagine This: If you did not have a right relationship with God, it would be impossible to understand yourself correctly because God opposes proud people who will not submit to Him (James 4:6). It’s an unfixable conundrum:

He figured he would be okay if he went to church, read his Bible, and did ministry. Biff expected God to bless his endeavors.

I spent the first 25 years of my life thinking about what I wanted to be after I became an adult. I worked several jobs but could never find my niche in life. It did not occur to me that my growing discontentment was not because of the jobs I had or did not have, but because of my non-existent relationship with God.

That is the order, and it cannot be altered or circumvented.

Though his parents went to great lengths to prepare him on the job front, they did not equip him to solve his (1) personal problems, (2) marriage problems, or (3) family problems. Notice how Paul talked about this logical progression when he was talking to Timothy:

For if someone does not know how to manage own his household, how will he care for God’s church (1 Timothy 3:5)?

Did you see Paul’s progressive order for problem-solving?

This last problem is where Biff began, which proved to be his demise. It is usually where most people focus. “What do you do?” is one of the most common questions a man will ask another man.

It is not as common for a man to ask another man, “Talk to me about your relationship with God. What are you learning, and how are you growing in Christ?” The questions we ask each other and the kinds of conversations we have to reveal who we are (Luke 6:45).

Sadly, this last question/problem typically gets the bulk of our attention. From the cradle to the grave, this is where most people spend the majority of their thinking time and physical energy. It is what Biff did until he came to that place, as a 41-year-old man, where he was totally disillusioned.

My counsel to him was to forget about what he wanted to be when he grew up and begin unraveling the mysteries of God through a heartfelt pursuit of Him.

The more he understands God and relates to Him correctly, the more he will understand himself.

The more he understands himself, the more he will be able to speak into his wife’s life by serving her, maturing her, and being what God has called him to be for her (Ephesians 5:25-32).

After his first three problems are moving in the right direction, his last problem will not be so daunting. It will be less of a burden to figure out what he should be doing with his life.

I do wonder how many people have spent most of their lives trying to resolve problem four–the cares of this life, only to be disillusioned because they negated the priorities of the first three. What about you?

« God Is Incrementally, Systematically, And Purposely Putting You To Death
Five Ways You Can Love Your Church »