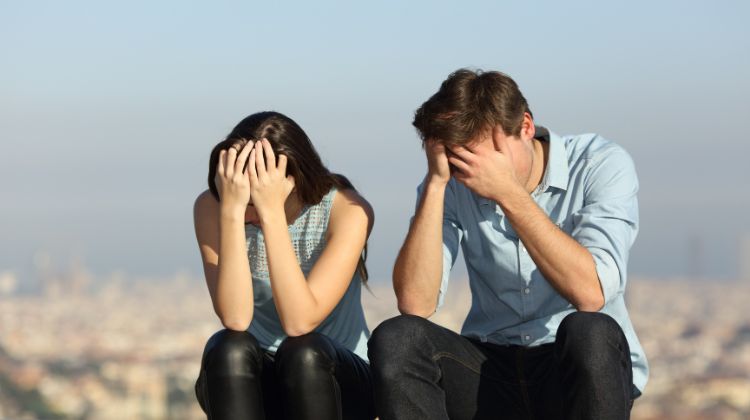 Shows Main Idea – The hierarchy in the home does not mean the “person at the top” is superior in every way. Structure within the marriage and family is a coherent means of providing order and logic within the structure.

Sadly, many Christians have taken on the norms of our culture, as they see couples as combatants or competitors rather than complementarians who bring their unique gifting to the marriage for God’s fame, each other’s good, and the benefit of those within their sphere of influence.

Hierarchy has nothing to do with who’s better, but about how to keep from living chaotically while each person brings their unique qualities to their community for the benefit of the whole. But because individualism, which is the outworking of the self-esteem movement, individuals don’t know how to live within a communal construct for God’s fame and the good of all.

According to the world’s system of logic, it’s the strongest, most intelligent, or the more gifted person who should be at the helm, regardless of gender. In the Lord’s economy, that worldview is lunacy because the gospel presupposes that it’s not about the mighty or the most intelligent, but our victory is in the weakness and foolishness of God, which is more profound than human wisdom and power.

This biblical worldview also applies to every wife. Too many wives look down on their husbands, which sabotages their marriages. Their anger over their husband’s lack of leadership complicates what he must do. The wife who does not know how to live biblically with an imperfect man, will exacerbate his imperfections.

Five Reasons Not to Lead

When it comes to the husband’s role in the home, there at least five reasons he will not take up his God-given right and position to lead his wife and children.

He does not care to lead her. This first reason is the most obvious one. Some husbands live in the preoccupation of self-centered pursuits, which keeps them from ever considering the “other-centered demands” of the gospel (Philippians 2:3-4).

Of course, another aspect of this “sinfulness reason” is the husband captured by sin (Galatians 6:1-2). He’s in a trap of his own making, which impedes the leadership requirement in his marriage. And to make things worse, the Lord is pushing hard against him (James 4:6). This kind of man will never lead his family well until he begins walking down the road of repentance.

He does not know how to lead her. It may be accurate to say that most new husbands do not have a template for biblical leadership in the home. They’ve never seen it modeled when they were children, so they gave their ignorance to their sons.

We are multiple generations into poor parenting by fathers who did not provide for their boys what it means to be a leader in the home. These fathers fell into the same traps that I’m speaking of here, and they have exported their incompetence to their sons, who are doing similarly.

The logic of his argument breaks down immediately: he would have to be perfect to lead his wife, which is not possible for fallen humanity. His only course of action is to recognize that he will fail from time to time, but he must continue to lead his family, albeit imperfectly. Ironically, it’s his failures that can have the most transformative impact on his home, as they see him walk out repentance.

He is not as capable as she is. This problem comes from the “evolutionistic-centered Christian,” who believes the most fit is the most capable. Of course, this unbiblical logic would disqualify Jesus from leading the Church because we know how unqualified He was (John 1:46; Isaiah 53:1-4).

The “inferiority problem” is similar to the “hypocrisy obstacle,” in that both husbands have themselves in the center of the universe as they adhere to their self-reliance. Their issue speaks to their weak theology, which is in tension with their need to trust (rely on) the Lord.

He is intimidated by her, i.e., she’s more mature, spiritually speaking. This scenario plays out often when the husband has been lagging spiritually, and the wife has been filling in all the gaps in the home, especially with the children. The husband has not been a good “student of the family,” so he does not have all the intel that the wife has. Now he wants to lead, but he’s aware that he’s working from a deficit; his “knowledge base” lacks what he needs to lead well.

Ironically, this problem is similar to the last two in that the husband must “rely on the Lord” to do what he cannot do. There will be many failures in his attempts to lead after so many years of not doing it. But placing himself in a self-imposed penalty box is not God’s answer. If doing nothing for years was not the answer, then continuing in the “lane of do nothing” will never make things right.