Should I Count My Mean Husband More Significant than Me? 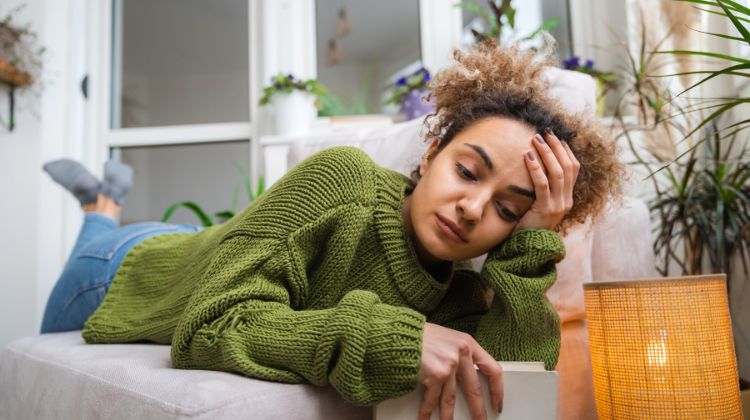 Paul tells us in Philippians 2:3-4 that we should count others more significant than ourselves. He presses the point further by saying that we should not only look to our interests but the interests of others. This perspective, in his view, is what it means to have the mind of Christ.

Do nothing from selfish ambition or conceit but in humility count others more significant than yourselves. Let each of you look not only to his own interests but also to the interests of others (Philippians 2:3-4).

Suppose you were reading Paul’s passage through the lens of an abused wife—a wife who wants to be humble but does not want to experience continual abuse.

If you live with an abusive or mean person, there must be another way of thinking about laying aside your rights while maintaining the integrity of the gospel. This common issue is a layered problem that must be navigated biblically to preserve the safety of the wife while seeking to restore the abusive husband and honor God and His Word.

Fortunately, the Bible has given us a way to think about this marital puzzle, and we do not have to go any farther than the example of our Lord while He lived on earth.

When some people hear the word humility, they can quickly connect it to the idea of a lowly, “doormat-ish mindset” that allows anyone to walk all over them. That is not who Jesus was while He lived among us. He was humble, yes! He was lowly, no doubt, but He was not a doormat who allowed anyone to “kick sand in His face.”

The word humble carries the idea of being submitted to something or someone higher than you are. Jesus lived in submission. He did not demand His rights, preferences, or prerogatives. Christ set aside what He had for the greater good of something else. Even when His desires began to conflict with His higher purpose, He quickly submitted His heart to that greater calling.

Father, if you are willing, remove this cup from me. Nevertheless, not my will, but yours, be done (Luke 22:42).

This idea of “setting aside” your desires and preferences is at the heart of the gospel, which is what we read in that great gospel-centered teaching in Philippians:

Have this mind among yourselves, which is yours in Christ Jesus, who, though he was in the form of God, did not count equality with God a thing to be grasped, but emptied himself, by taking the form of a servant, being born in the likeness of men (Philippians 2:5-7).

Jesus was the paradigm when it came to submitting, setting aside, and lowering Himself to a higher purpose. In John’s gospel, He told us what that purpose was.

My food is to do the will of him who sent me and to accomplish his work (John 4:34).

For I have come down from heaven, not to do my own will but the will of him who sent me (John 6:38).

Humility has the will of God in view, not the intention of men. The will of God was the primary, transcending, and steadying influence in Jesus’ life. To do the will of the Father was His chief aim, which is a solid definition of humility.

The humblest man or woman on earth is the person who has set aside their desires to do the will of the Father. The wholly submitted heart to God is the humble heart. It was this kind of humility that motivated Christ to set aside all that He enjoyed with the Father and take up the lowly position of a human for the salvation of humanity.

The safest response of the abused woman is to set aside her desires for the desires of God. God’s desires are pure and holy. She will never go wrong if she puts God’s desires ahead of her own, which is what Jesus did, and it is what defined and influenced His humility.

There is a misguided humility that a person could ascribe to, which has the interests of other people in mind, even if those interests are selfish, harsh, cruel, and unkind. Let me explain.

Suppose you were married to a mean and domineering man who uses his physicality and mentality as a way to manipulate and warp you. Suppose you read a passage like Philippians 2:1-11 without any biblical guardrails. If your soul is tender and easily influenced (1 Thessalonians 5:14), you could quickly find yourself swerving into a deep ravine of spiritual and physical bondage.

The Christian who desires to be humble but has a poor view of humility will submit to abuse if they embrace a smothering understanding that “others more significant” means any person can do anything to me because I want to be like Jesus and folks crucified Him.

Mean people did crucify Jesus because He was doing the will of His Father (Luke 22:42). They did not kill Him because He had a weird view of humility, which meant anyone could do anything to Him for any reason.

So Pilate said to him, “You will not speak to me? Do you not know that I have authority to release you and authority to crucify you?” Jesus answered him, “You would have no authority over me at all unless it had been given you from above (John 19:11-12).”

Humility must always have the right end in mind, or it will become a bastardized outworking of humility. Jesus’ humility had the will of the Father in mind, not the intention of any other person.

People were regularly coming to Jesus, asking Him to do this or that. The astounding thing is how the misguided desires of sinful people never manipulated him. It was as though He was “looking through them” to the Father’s will, which was acting as a lighthouse in a sea of noise. The agenda of the Father steadied Him. It was God’s will that provided the interpretive grid through which He responded to others.

The rich young ruler wanted to get into heaven through the works of his hands. Humble Jesus would not submit to this man’s desire. Humble Jesus had already set aside His rights for the will of the Father, which illuminated and empowered Him to give the perfect humble response to this misguided man. (See Matthew 19:16-22)

When the religious Nicodemus came to Him asking about eternal life, Jesus gave him an answer that contradicted everything that the spiritual man knew about God’s Word. Jesus was so humble to the Father’s will that He was not intimidated by the religious man’s pedigree, nor was He influenced by groupthink. (See John 2:18-3:8)

When His close friends, Mary and Martha, were rebuking Him because they believed that He was not moving fast enough in light of their brother’s sickness, Jesus turned and gave them a response that had to shake them to the very core of their being.

Jesus broke rule number one when it comes to bringing comfort to a person grieving over the death of a loved one; He seemed to be happy about it. Stunning. Jesus willingly and humbly submitted Himself to the Father’s will, which provided true insight (Proverbs 25:11) to share, even in the face of death.

When the religious crowd was standing in front of Him and the adulteress woman, with rocks in hand, Jesus knew what to say and do. He went against tradition and expectation because it was His Father’s will that was more important at that moment.

“Let him who is without sin among you be the first to throw a stone at her.” And once more he bent down and wrote on the ground. But when they heard it, they went away one by one, beginning with the older ones, and Jesus was left alone with the woman standing before him (John 8:7-9).

Being humble cannot mean that you submit yourself to the desires of every person in your life. It means you must live in submission to only one person. That person is Christ. Paul clarifies this as he moves through Philippians 2:1-11. He said, let the mind of Christ be in you.

The hurting spouse who wants to be a humble spouse now has a single example that she can follow. She will set aside her rights for the rights of Christ. She does not want what she wants, but she wants what Christ wants. Let me be redundant: counting others more significant than yourself or serving others more than yourself does not mean giving a person anything and everything they want or demand.

Looking Through the Filter

On any occasion when you are interacting with another person, you must interpret their desires, wishes, demands, requests, and needs through a “what is the will of God for this person” grid. With this view in mind, you will have clear and biblical marching orders, which give the abused wife her directives and responses to her mean husband: she must do the will of the Father.

Rather than being controlled by her mean husband, she should set aside her rights for the will of God, which will motivate her to respond biblically to what is going on in her marriage, which means—at least—these two things:

In the “bank of noise” that she will be facing, she must learn to discern the only voice that matters: God’s voice. It would be wise for her to do these three things:

Find at least one competent and trusted friend to walk with her through her problems. While there can be safety in a multitude of counselors (Proverbs 15:22), there can also be confusion. She will need to “segregate and discern” all the voices that are speaking into her life.