The Man Who Destroyed Our Home Wants Forgiveness 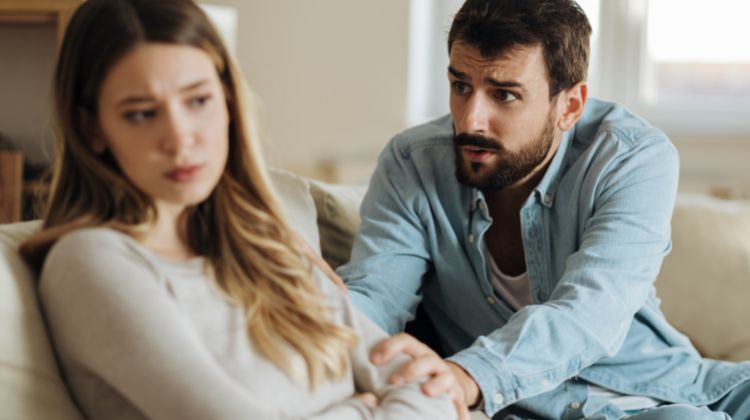 Biff destroyed his marriage. Shortly after that, he experienced conviction from God for what he did. In response to the Lord’s maneuvering in his heart, Biff made an authentic confession to God and his wife.

Along with his confession, he asked Mable to forgive him for what he did. Biff further affirmed his repentance when he asked Mable if he could help restore what he destroyed. Genuine repentance is more than confessing your sin and asking for forgiveness. While those two elements of repentance are essential, there is more to do to change completely (Ephesians 4:28-29). True repentance is turning 180 degrees from where you were while walking in the opposite direction (Luke 15:17-20).

Sin has entangled Biff (Galatians 6:1). He was actively participating in a hedonistic lifestyle. Now he is walking out repentance, which means he is actively walking away from his ungodly life. Part of this process was his request to come alongside his wife in a mutual effort to rebuild what he destroyed.

Let me illustrate: Suppose someone burnt your house to the ground. Let’s further suppose the person genuinely repented, as Biff is doing. He comes to you and asks for your forgiveness. As part of his repentance, he wants to help you rebuild the destroyed home.

There you are standing in the charred rubble of his sin. Your tears have cut paths across your soot-covered face. Biff is in the yard looking at you. You see the soot on his hands and the gasoline container at his feet. With smoke in the air and destruction all around you, there is a sincere request for forgiveness. What are you going to do with your sooty-handed offender?

Several years ago, I used this “burnt house” illustration with a couple during counseling. The husband was guilty of sinning against God and his wife. He repented, which began with a process of positive change that was affirmed by several people who were close to him, including one of his pastors.

There was no amount of conversation that would change her mind. She stayed angry for several years until she finally filed for divorce. The husband continued to walk out repentance, even though she was not willing to extend forgiveness to him.

I realized what I was asking her to do. It is one of the hardest things anyone could do. When you are hurt deeply by someone, even if the perpetrator of the sin is genuine in his repentance, it takes other-worldly favor to forgive the offender. She would not consider it, and I was not placing an artificial timeline on her to change her mind. With much patience and prayer, we appealed and waited. She would not change. She chose divorce.

The Heart of the Gospel

This kind of problem brings you to the heart of the gospel. One of the most important diagnostic questions you could ever ask yourself is about your willingness to forgive the person who has sinned against you authentically. I’m talking about a person who is living in genuine repentance. I realize this puzzle can raise a lot of other questions about forgiveness. Here are three of the more common ones:

These are essential questions that go beyond the scope of this article. I have written extensively on forgiveness, especially on those questions. You can find those articles on forgiveness here. This article is dealing with only one aspect of forgiveness—precisely, our need to forgive those who are genuinely seeking it. To withhold forgiveness when it is genuinely requested will put you in an adversarial relationship with God (James 4:6) while never reconciling your relationship with the offender.

And whenever you stand praying, forgive, if you have anything against anyone, so that your Father also who is in heaven may forgive you your trespasses (Mark 11:25).

In the case of an ongoing relationship like marriage, true forgiveness does not stop with the transaction. For example, in marriage, you not only forgive the offender for their sins against you, but you must allow them to partner with you in the “restorative process.” Your goal is to rebuild what the sinner destroyed.

What I am describing is one of the most profound facets of the gospel. In my illustration about the burned home, the Father, Son, and Spirit represent the offended party—the victim of the crime. You and I are the sooty-handed offenders who opposed God, even to the point of putting Jesus on the cross (Acts 2:36).

It was because of our heinous acts against God that He gave us the gospel (Isaiah 53:10). His great love provided us an opportunity to repent and experience release from our sins (Romans 5:8). We, the accused, were freed from the guilt and punishment that we so justly deserved.

For freedom, Christ has set us free (Galatians 5:1).

But the story does not stop there; it is even sweeter than being forgiven and set free from our crimes. The Lord has given us the privilege of joining the one we offended for the great work of bringing other people to Christ’s freedom.

The offenders—you and me—are cooperating with the offended—Father, Son, and Spirit—in this great gospel work. We are ambassadors for Christ (2 Corinthians 5:20), as God makes His appeal to many people through us. Once enemies of the cross, now we are His freedom fighters. This opportunity is amazing grace. This privilege is the power of the gospel (Romans 1:16).

Partners in the Gospel

But Saul, still breathing threats and murder against the disciples of the Lord (Acts 9:1).

When Paul was Saul, his pastime was harassing Christians. He hated them. In Acts 9:1, it talks about his hatred for Christians as breathing threats and murder toward the disciples of the Lord. Then Paul became a Christian.

After being born a second time (John 3:7), he started working with the people he previously persecuted. As you can imagine, they were initially nervous about working with him (Acts 9:13). But they chose not to withhold forgiveness when he requested it. They reconciled with Paul and became partners in the gospel (Philippians 1:5). And it gets better.

Today, the persecutor of the Christians and the formerly persecuted Christians are worshiping the Savior together in heaven. The power of the gospel testifies that we can experience reconciliation today and throughout eternity. The question for us is whether or not we will seek to forgive others when we have the opportunity to do so.

“Forgiveness words” are not empty words. They are real words that find their origin in transformed hearts (Luke 6:45). What I am talking about here is genuine forgiveness extended toward other people who want to experience release from their sin. These people were like you and me when we asked God to forgive us.

One of the ways that you can know if your “forgiveness words” are real words is if your reconciliation continues in gospel partnership. This “connection” is essential for married partners. When Lucia and I sin against each other, we must do more than forgive each other. We must be reconciled and restored for gospel purposes. We can’t go our separate ways.

(Sometimes, all you will do is experience forgiveness and reconciliation. You will not continue in “gospel partnership” because you don’t have a relationship with each other. In such situations, it’s not necessary to keep relating or trying to be best buddies.)

Those who forgave Paul for his actions went further than forgiveness by partnering with him in gospel mission. Whether or not you are to partner together, you must make sure that your forgiveness words are not vain. You must use real words that are affirmed by transformative actions that move two people toward reconciliation and restoration.

There are two ways you can withhold forgiveness from someone, both of which will take your mind captive (2 Corinthians 10:3-6) while straining your relationships.

In this article, I am speaking specifically about transactional forgiveness between two people where there has been an offender and the offended. In this case, the victim of the sin must not withhold forgiveness when the offender is asking.

Attitudinal forgiveness is a genuine, transformed heart of mercy toward those who are not asking. You are not releasing them from their offense because they are not asking, but you do not have to be captured by what they have done to you.

If you are not able to transact forgiveness, you must beg God to give you favor to keep from drowning in the anger and bitterness of an unforgiving heart. There is too much at stake to hold on to unforgiveness toward those who have hurt you.

Has someone hurt you? I realize that is an unnecessary question; of course, they have. Someone has offended all of us, and we all have hurt others. Fallen people cannot live in a fallen world and not hurt others. It is a sad outcome of our fallen lives. All people hurt people. The better discussion is whether or not you will forgive transactionally or attitudinally. One way to know if you have forgiven someone is by how you think and talk about them.

Then his master summoned him and said to him, “You wicked servant! I forgave you all that debt because you pleaded with me. And should not you have had mercy on your fellow servant, as I had mercy on you?” And in anger, his master delivered him to the jailers, until he should pay all his debt. So also my heavenly Father will do to every one of you if you do not forgive your brother from your heart (Matthew 18:32-35).

« How to Agree to Disagree and Still Enjoy Each Other
Impacting Lives Near and Far, at the Same Time »