The Negative Effect of Fundamentalism On the Soul 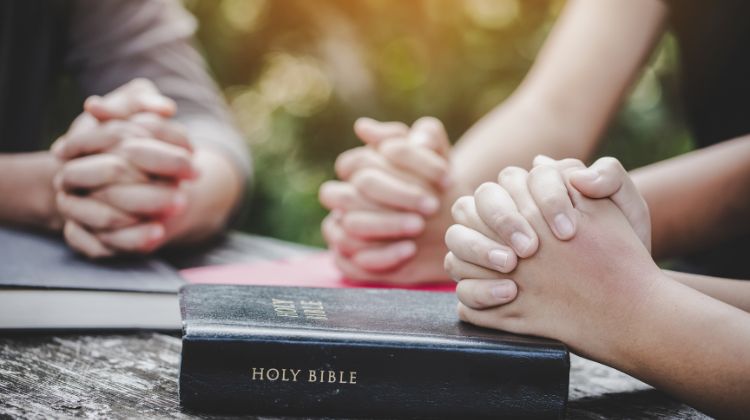 Fundamentalism is one slice of Christian evangelicalism. In addition to the fundamentals of the faith, fundamentalists typically hold to strict sub-biblical, ascetic practices. Though they love Jesus and are passionate about following Him, many of them embrace legalistic preferences. The negative effect of this kind of teaching is immediate and generational.

Why I Became a Fundamentalist

After the Lord regenerated me in 1984, I became part of the Christian fundamentalist movement, specifically Independent Baptists. In my hometown, most church-going folks were Baptists, which broke into two stripes: Independent and Southern Baptists. I visited several Baptist churches and eventually joined an Independent Fundamental Baptist body of believers.

The church that I joined was passionate about the gospel, which resonated with me. My thinking was that if God was in you and He saved you from hell, He was worth your enthusiasm. Because I did not know anything about the Bible, including John 3:16, my “due diligence” for joining a church was external observation exclusively.

Though I’m not part of this movement any longer, I do have much respect for many of my dear friends who are Fundamental Baptists. Some of my fondest memories come from my time with this group of Christians. I can’t wait for heaven when I will worship with these precious brothers and sisters in Christ.

Fundamentalism refers to a group of people who believe the Church is drifting into liberalism, which is an accurate assessment, then and now. The early fundamentalists partially aligned themselves with such men as John Gresham Machen, Charles Hodge, and others who associated with Princeton Seminary. As Princeton began to slip into heresy, there was a growing desire among these good men to separate. This period was just after the turn of the 20th century.

Machen, Hodge, Cornelius Van Til, B. B. Warfield, the conservative Evangelical Community, and some fundamentalists wanted to reclarify historic Christianity with what it has always believed and then codify and live by this “re-clarified” teaching, which are the fundamentals of the faith.

This realignment was wise, as it is necessary to redefine ourselves, our ministries, and our institutions to maintain focus, purpose, and direction. Reminding ourselves of who we’re supposed to be and what we believe brings clarity and provides a gift to the next generation.

Adding to the Fundamentals

In the 1920s, the fundamentalists also began to take up cultural causes like prohibition, as they preached against the use and abuse of alcohol, which was pandemic in America. Our culture was accelerating their hedonistic passions well beyond anything previous generations knew.

What used to be secret, taboo, and hidden was explored and praised in the public square. There was less shame about “sin,” and the lines between right and wrong were blurred. The conservative Christian felt his world crumbling. Who was going to stand in that gap, declaring what is right and wrong?

During the ’40s and ’50s, Fundamentalism started adding sub-biblical, legalistic preferences to the “fundamentals of the faith.” They did not drift from the fundamentals but placed a burden on them by teaching how their followers should behave, externally speaking.

With the advent of TV, movies, and rock and roll, they felt as though they were losing ground. It is as though the teaching (fundamentals of the faith) were assumed while the behavior was not. So they taught more about behaviors. The inherent problem with this kind of teaching is how external practices change from culture to culture and generation to generation.

For example, the types of clothes you wear in colder climates are not the same in hotter environments. Some fundamentalists teach that a woman should not wear pants (Deuteronomy 22:5), which is unrealistic and unkind for women living in cold climates. Others ban drums (2 Samuel 6:5) in church services because “it’s of the devil,” as they say. But in Africa, for example, it’s a significant way for our brothers and sisters to worship our Savior.

Much like the Pharisees in the four Gospels, making preferences normative unhooks you from sound Bible teaching. In time, their behaviorism began to affect their doctrine. Instead of deriving their behaviors from the Bible, they adopted certain practices and then re-interpreted the Bible to support the externalism. Then they elevated it to a conviction.

There are many illustrations of this “altered hermeneutic” approach to life. I mentioned pants on women and drums in church. There is also the “KJV only” supporters, no alcohol at all, and bans on dancing, card playing, and secular music. The list is long, and it varies depending on the individual, family, church, denomination, or movement.

The Doctrine of Separation

The Pharisees held firmly to the laws of the Old Testament and were afraid they would offend those teachings, so they guarded against this fear by creating “hedges.” These barriers were protective hurdles around the law. It’s an additional rule that keeps you from breaking the main rule. In time, those “hedges” became a new law. Let me illustrate.

God brings us out of the darkness (1 Peter 2:9) and we have nothing to do with uncleanness (2 Corinthians 6:17). We are not to adopt pagan practices. The “hedge” to keep you from becoming like a pagan is not to hang out with unbelievers. So rather than simply not embracing the world’s lifestyle (principle), which is a good idea, the fundamentalist will separate from those who do such things (hedge).

This unbiblical doctrine of separation not only keeps you from evil practices but it prevents you from associating with anyone who does those things. Contrariwise, Jesus intentionally went beyond these sub-biblical barriers (Mark 2:13-17). He wanted to help those who were sick, broke, depraved, and vile.

The Damaging Effect of Legalism

Because you can’t codify how all Christians from all cultures for all time should live behaviorally, you end up with a lot of bad habits, sin, and social awkwardness. Each person, family, group, church, or denomination has their list of dos and don’ts. This kind of culture invariably leads to problems. Here are a few common problems in fundamental cultures, though we’re all susceptible to these things.

Scripture gets lost in the lists, regulations, standards, and the insufferable pressure to behave. After years of “law morphing,” you become less like Jesus and more like an odd cultic group that does not know how to live in and engage the culture the way Jesus did.

I suppose it would be a temptation for some to react harshly to our fundamentalist brothers and sisters. That reaction would be sinful. My fundamentalist friends are some of the most sincere people of the Christian faith.

They mirror the Jewish person in 1 Corinthians 8:1-13. He who became a Christian was so convinced by bad teaching that his conscience condemned him if he ate meat that was sacrificed to idols. I was that person. It took me a long time before I would get to the place of not wearing a suit to a church meeting.

Dismissing, mocking, or reacting in anger to a fundamentalist is self-righteous unkindness. Would you have that kind of attitude toward the Jewish convert who believed that eating meat was a sin? Don’t be that person.

These believers have much passion for God, high affection for the Bible, and a genuine desire for others to know the Lord. Many times, it is not so much about their love for God as it is about their consciences wrapped in rules that the Bible does not require.

Sadly, these behavioral standards are confusing and perplexing to our culture, and they create unnecessary inhibitors in communicating the gospel to those who need it the most. But to respond poorly to our bound brothers is like a freed slave being condescending to his brothers and sisters who are still in bondage. If your first reaction is not to love, pity, sympathize, pray, or help them, please address your Phariscial pride.

If You’re In Legalism

It is rare for a fundamentalist to see how they are stuck. If they are aware, many of them would not have the courage to do anything about it. The most common way that a person comes out of Fundamentalism is after their life falls apart. Rather than leaving the movement on their own, it is as though God has to do an extraction. Many times, that “extraction” comes at a cost.

The Lord, in His mercy, will let things fall apart, which is your clue to addressing the authenticity and accuracy of your Christian beliefs. Because we can be so proud, it’s hard to evaluate what we believe and practice with humility, transparency, and honesty. We hold on until it falls apart. That was my story, and as hard as “coming out” was, I thank God that He loved me enough to deliver me from that problematic Christian religion.

« Regret: Lingering Reminders Of Our Broken Humanity
You Need More Than Preaching If You Want to Change »