When a Parachurch Ministry Tries to Run the Church 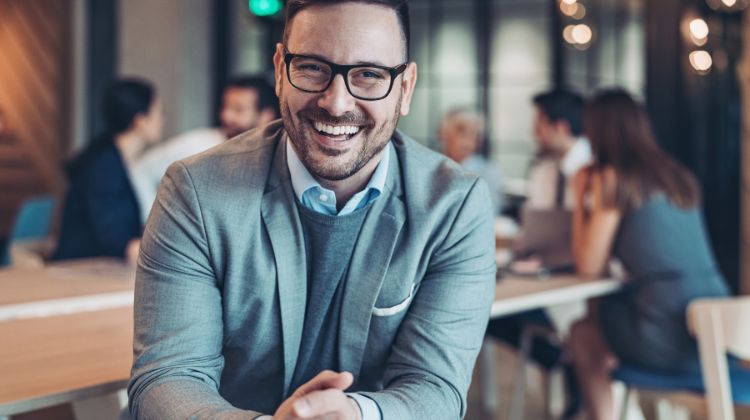 Several years ago, the members of Covenant Life Church (CLC) in Gaithersburg, MD, affirmed their leaders’ desire not to permit a parachurch ministry to rule over them. That para-ministry was Sovereign Grace Ministries, which they later rebranded as Sovereign Grace Churches.

CLC was the founding and flagship church within the family of churches called Sovereign Grace Ministries (SGM). CLC chose to sever their relationship with this ministry, which spanned thirty years. This development was significant within SGM as well as the evangelical community. During the early 2000s, SGM had enjoyed uninterrupted favor and privilege among many evangelicals.

For the founding church (CLC), which hosted most of SGM’s conferences as well as housed SGM’s Pastor’s College and administrative offices, to leave was no small matter. According to the CLC website, they were “going in a different direction from that of Sovereign Grace Ministries (SGM), the organization that was launched within our church and whose leaders have played a foundational role in the life of our church.”

God’s Word supports CLC’s decision. There are no instances or conditions in the New Testament where a non-local church entity should exercise and have ongoing authority over a local church. A biblical purpose for a parachurch organization is to cooperate with and help supplement what God has called the local church to do.

Afterward, Sovereign Grace Ministries released their new polity statement. They outlined how they would exercise their authority over any local church willing to sign their policy. The rebranded SG Churches positioned themselves, in some measure, as the self-appointed governance of the local churches.

This “repositioning” was a bold move on SGM’s part, which was part of the reason Covenant Life Church decided they could no longer associate with them. SGM’s parachurch power enabled them to censure any local church within its system if that church did not follow the rules in their polity statement. This “policy change” is even more shocking in light of their history of pursuing gospel integrity and theological precision.

The only time we see censure happening in the New Testament is when someone is violating the gospel. In such instances, Paul did not hold back from judging an individual, a local church, or a group of churches. (See Galatians 1:8-9, 2:11.)

The University and the Church

Several years ago, I was working for a church that was “put off-limits” by Bob Jones University (BJU). The reason for labeling this church off-limits was multi-layered, one of which was because the music style was not acceptable to the BJU palate. There was never any mention of this church acting sinfully; everything that BJU discredited them over were preferential matters.

At the time, I thought it was odd for a parachurch organization—in this case, a Christian university, to legislate whether a Christian could attend a local church because they did not prefer their style of music. From the BJU perspective, they believed, in part, they were honoring the parents of the students by making sure the adult students attended approved churches—churches that agreed with their take on secondary issues.

(The other side of this issue is that if a student decides to participate with an organization that exerts authority over the local church, the student must obey those rules with humility or find another institution that is more acceptable (and biblical). The assumption is that the institution is not asking the student to sin. However, if the preferential differences are so sharp to where the student is sinning against his conscience, he must change his conscience or leave the organization.)

While I understand what they sought to accomplish, it is an extra-biblical approach to controlling people. The dividing line in the New Testament is always the gospel, not secondary or tertiary matters. It is unbiblical for any Christian individual or organization to put a local church off-limits because of secondary preferences.

If the unbelieving culture tried to exert this type of power over the church, we would rise in force, lobbying against them. Imagine if the United Way or the American government said you could not attend a local church because these churches did not practice abortion on demand or redistribution of wealth.

Counseling Organization and the Church

In 2019, the International Association of Biblical Counselors imploded due to mismanagement and sharp conflict. You may listen to Episode 202 The Reason I’m No Longer Part of the IABC, on my Life Over Coffee network for more details on this matter.

I spoke for more than 90-minutes with an elder of LIFE Fellowship—the church at the center of this controversy, and he shared how hard it had been on their church because of IABC’s interference and lack of cooperation with a church discipline matter with one of its members.

A Matter of Choice

Any church or individual can choose whether they want to submit themselves to an institution that exerts extra-biblical guidelines and authority over them. We do this all the time. For example, all colleges have a student handbook where they communicate what is acceptable behavior. If you choose to attend that college, you agree to play by their rules. It is a freedom of choice issue. The assumption here is that they are not asking you to sin.

Employers can also exert authority over you, too, as well as a parachurch organization. But when their “rules” prohibit you from attending a gospel-preaching church, they are overreaching their power by supplanting God’s Word with their rules. And you will have to decide if you’re going to associate with an organization that has more power, authority, and control than a local church. And though a secular institution may not care for the sufficiency of God’s Word, Christian parachurch organizations should.

Nobody should mandate which church a person should attend as long as the gospel is being preached (Philippians 1:15-18). This freedom to choose is a matter for the individual to decide as he interacts with God, the Bible, and wise counsel. It is also unwise when a local church submits itself to a parachurch agency while ceding some of its authority to that agency.

There is a difference between cooperation and collaboration within a group of churches, pastors, and elders versus giving up your rights or authority to an external body. If you work for a company or are part of a Christian organization that places extra-biblical guidelines on your life, you will have to decide if you can continue with them.

The rift was so great with the IABC that all five board members resigned or recused themselves. Another church in the Greenville, SC area split because Bob Jones mandated its employees that they could either attend that church or work for them, but you could not do both. This church was not unbiblical; they chose to use a different Bible version and changed their music style, among a few other preferential matters. Sovereign Grace Ministries is still experiencing the aftershocks of their extra-local practices.

A local church typically has enough problems to deal with without the oversight or interference of a parachurch ministry that is unwilling to be biblical. The local church does not have the time or the human resources to police what is going on within their external governing body, and they should not have to do this. It is an unnecessary obligation for a church called to care for souls within their congregation.

Thankfully, most parachurch organizations do not seek that kind of authority or desire to place more demands on the pastors than what they already experience through caring for their congregants. Our organization is a parachurch ministry. It is set up to function as a supplement to any local church. We are not an authority over or interferer with the church.

There are several pastors and church members who belong to our Membership Site. We offer counsel, coaching, and training to them. We have not set up this organization to exert authority over any local church or any individual. And we do not plan on generating a church polity for them to sign while obligating a portion of their income to keep us afloat. If anyone chooses to associate with us, it is their decision.

When a person decides to sever their relationship with us, it is also their choice. There is a place for parachurch organizations in God’s world. I praise God for them. Organizations like Family Life, Wretched Radio, and thousands of others are doing good work to strengthen the body of Christ. But it would cause grave concern if these organizations began to dictate how a local church should function. Or if they interfered with a local body, assuming that the church is obeying God’s Word.

I hope the Lord will reveal these things to all para-ministries. Our job is to supplement, cooperate, and serve the local church. The word “parachurch” means to come alongside the church. It was never meant to be something to exert power over the church.

My wife graduated from Bob Jones University in 1991. Our daughter began attending there in 2019. On an educational level, there is much to commend. It’s an excellent university academically. What they are doing becomes problematic when they dictate how a gospel-preaching local church should function.

I was a Sovereign Grace pastor for several years, and I saw the corruption “up close and personal.” Many churches pulled out of this ministry because they could not submit to the extra-local authority, no matter how the para-ministry tried to redefine themselves.

Just recently, I removed myself from the IABC because of the sin and mismanagement, specifically their interference and lack of cooperation with the local church, which has hurt the church. Though I can applaud and appreciate the good that has come from all three of these para-ministries, I cannot support them when they are bringing harm to the local church.

If you are part of a parachurch ministry, you must ask how you’re helping the local church. God’s plan, as communicated in the New Testament, is for local churches to spread His fame. Our role is to belong to one while doing all we can to make them flourish. Para-ministries can be excellent fixtures in God’s community to help this biblical cause.

« Why and How Does God Bless Us?
When the Weight of Your Sin Weighs You Down »