I Had Sex As a Teen. Will God Forgive Me? 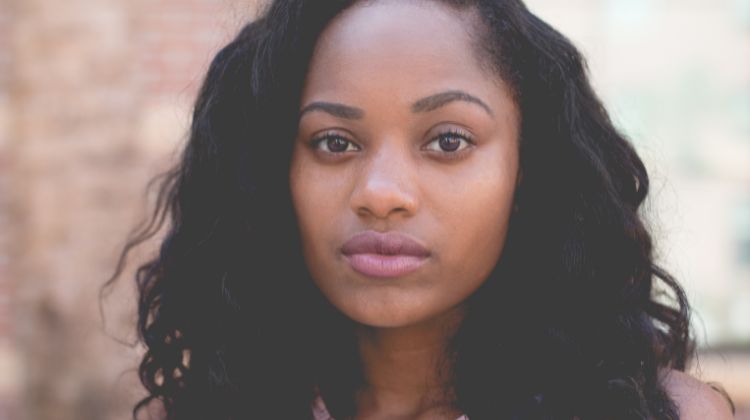 The gospel frees us from all our past sins, but some Christians do not know how to be released from their past actions. The long-term guilt can be deadly to their souls, as well as their current relationships. That’s what happened to Mable.

Mable became a Christian when she was 11-years old. She is now 35. Those early years with the Lord were a sweet time in her life. Everything seemed new to her, and she felt like she had a new start.

Her relationship with her dad was never good, and the load of guilt she had heaped upon herself created a lot of tension in their home, which is why being a Christian brought peace to her soul that she had never known before.

She was not the blame for all of the dysfunction in the home, but the guilt and insecurity she felt because of her dad’s harshness toward her and distance from her, were the underlying reasons for a lot of her long-standing anger problems. The night she “came forth to make a profession of faith” was the beginning of a bright and new future. So she thought.

Mable became heavily involved with her youth group from the beginning. Her new friends were a breath of fresh air compared to her home life. What she understands now–at 35–but did not know then, was that her youth group served more as an escape from her home life rather than a place where she was discipled in the Word of God.

Though she was discipled by her youth team and did grow in the Lord, the discipleship did not drill down far enough to uncover what was to come out eventually.

By the time she was 16, her youth group experience had morphed from a refuge to a contest: Mable had become a flirt. Though she did not recognize her insecurities at the time, she now sees that the way she manipulated boys to like her helped her to feel better about herself. A boy’s favor that she could accrue through manipulation compensated for her dad’s disfavor and the sadness she felt when she was around him.

Her little, self-made world came crashing down while on a youth trip to New York City. Mable had sex with Biff, the youth leader. At the time, it was just a fling that both of them thought best to “sweep under the rug,” but as the years went on Mable’s secret began to gnaw away at her soul.

Rather than repenting of her sin and allowing herself to be exposed to others so she could receive help, Mable internalized what she did in NYC, and the guilt she carried began to work itself out in varied and strange ways. Here are three of those ways.

Revenge of a Guilty Conscience

Criticism & Gossip – To compensate for her guilty conscience Mable became critical of others, especially her husband. Though she did not recognize her sin as self-righteousness, she was regularly picking her husband apart for every sin or indiscretion he committed. Rather than being gracious by helping him with his problems, she criticized him.

Putting others down was her twisted way of feeling better about herself. This process lifted her up in her mind. Of course, she did not see a problem at all with sharing the sins of others, especially her husband’s, with anyone who would listen.

Self-atonement & Ministry – To compensate for her guilty conscience, Mable became heavily involved in ministry. Though she knew this was “theological madness,” there was a low-grade satisfaction in thinking how her good works for God in ministry were better than the misdeed she committed in New York City.

Rather than resting in the finished work of Christ, Mable doubled her ministry efforts, with the illusion that the positive things she was doing would outweigh the bad that she did.

Hypersensitivity & Anger – To compensate for her guilty conscience Mable felt the need to be perfect. In her mind, she could not make a mistake. Of course, this was an impossible standard to achieve.

The way Mable accomplished this was by alienating herself from any possible criticism. Her friends, if they wanted to remain her friends, never said anything critical of her. Her husband and family “walked on eggshells” knowing that at any moment she would fly off into a rage if they dared accuse her of a mistake.

Mable lived in her self-insulated world of justification, excuses, blaming, and criticism. She refused to own the problems in her life, choosing rather to place the problems on other people.

Mable probably was genuinely saved as a youngster. However, she has never come to terms with the gospel as it applies to her sanctification. Mable is a fearful, angry, legalist. Her friends, who have never gone past “first base” with her, would be shocked to know the real Mable.

They know the “surface Mable,” but the real Mable has been locked in a vault and hidden in the depths of her heart for over two decades. Sadly for Mable, she has never had anyone love her the way she needs to be loved. She needs a friend who has the grace, discernment, and courage to explore her guilt-ridden heart.

She needs a friend to come alongside her to help her see herself correctly in a “gospel mirror.” When Jesus said from the cross that “It is finished,” He meant that there is nothing else for us to do to earn God’s favor. There is no need for or no possibility of any person paying for their sin. It also means that there is no sin outside of God’s ability to forgive.

I am a proud man, and I acutely understand how hard it is to own my sin. There are many things I would rather do than tell the truth about myself. But I have learned–as an old man now–that if I am not honest with myself, there is a possibility that I will spin off into a distorted, self-deceptive existence. Without the grace of God and true biblical friendships, there would be no recovery.

It is important to tell at least from time to time the secret of who we truly and fully are because otherwise we run the risk of losing track of who we truly and fully are and little by little come to accept instead the highly edited version which we put forth in hope that the world will find it more acceptable than the real thing. – Frederick Buechner from Telling Secrets

If this story relates to you, I appeal to you to reach out to a trusted friend, who will do more than console you. It may sting a little, but it will also set you free.

Faithful are the wounds of a friend; profuse are the kisses of an enemy. – Proverbs 27:6