I Could Not Stay Angry and Progress in My Marriage 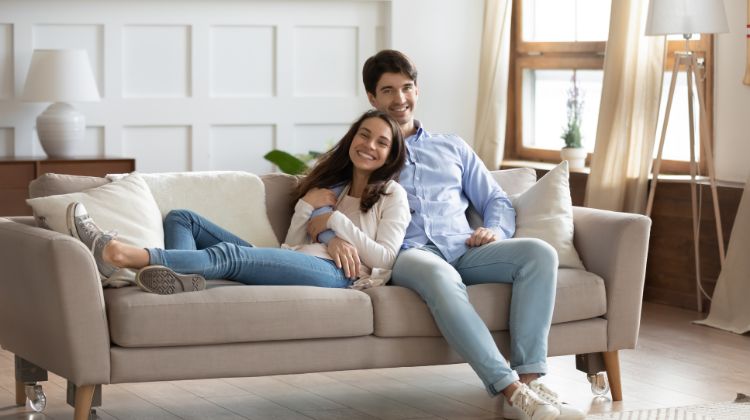 Transformation starts in a person’s soul as he relates to God while refusing to make excuses for why things are the way they are. The motivation for change must be a singular desire to glorify God while giving lesser consideration to the things happening in an individual’s life and relationships. If a person focuses more on horizontal complications than God-glorifying, vertical necessities, it will be challenging to bring their soul to a place of authentic, long-term heart change.

Biff was an angry man. He made that clear in his first counseling session. The main target of his anger was his wife, Mable. I asked him several questions about his sinful anger, and we worked through many Scriptures, hoping to help him. He intellectually understood what I was telling him and even agreed that his responses to her were wrong. We met a few more times and talked and talked and talked and talked. The bottom line was that Biff was angry with his wife, and he had no current plans to change. We mutually agreed that our time together should end after a few sessions.

We remained friends, though he determined to hold onto his angry unforgiveness toward Mable. I was sad but understood counseling’s limitations. The primary goal of discipleship is not to change people. Discipleship is mainly about glorifying God by sharing His Word with another individual. Disciplers water and plant (1 Corinthians 3:6), and that is all they should do. Whether someone changes is not dependent on the disciple-maker.

It is up to the person who receives the good seed of God’s Word as to whether he wants to cooperate with that seed (Luke 8:11) and the Grower of it so he can change (2 Timothy 2:24-25). Biff did agree with God’s Word, but he did not want to do what the Lord was prompting him to do, at least not during our time together. You can only ask a person to “be nice” so many times. Either he will become a gentler person or stop listening to you. In the case of Biff, he stopped listening; his anger toward Mable continued.

It was one year later when I saw Biff again. He did not want to talk about his marriage this time around; he had another agenda, though I did ask him how he and Mable were doing. He paused, then said, “I’m not angry with her anymore. I knew I could not stay angry with her and make any progress in my marriage.” Like Biff, how many people have you talked to who were stubbornly holding onto what they knew they needed to change?

They knew they were angry (intellectual assent) but did not want to do what was necessary to change. Isn’t that the way it always goes? Biff was like that. He knew he was angry, but his soul was at war with himself, and he had no biblical gumption to do the right thing. James 4:1-2 asked, “What causes quarrels and conflict,” and answered the query by stating that passions, desires, and coveting are raging inside of us. You could break down Biff’s internal struggle accordingly.

Biff’s warring passions drove him only to see how Mable was not meeting his expectations. I’m sure there were things Mable could have done better. There are always things a spouse needs to change, but whatever those things were, that was not the main problem with Biff. It’s not like he could stand before Christ and say, “Hey Jesus, I know I was sinning. I was wrong, no doubt, but I was angry because of what Mable was doing.”

No, he must say, “I chose to sin. I am at fault. Nobody made me do it. It’s all on me. I have sinned against God and Mable.” Full stop! There were two problems in their marriage: one was about Biff, and the other was about Mable. There was only one problem Biff could control: his anger toward Mable. His best shot at restoring his marriage was to focus on what he could do to change rather than focusing on what she needed to do (Matthew 7:3-5). It took one year, but Biff finally made a different decision. It was a soul-transforming one.

Biff knew his anger would not go away immediately, but he was earnest in putting this habituated thirty-year pattern to death (Ephesians 4:22-23; Romans 8:13). Though his humility and initial steps toward transformation did not change his marriage, they were now on a different rail, heading in a new direction. His first step in the repentance process was to ask God and Mable to forgive him. His second step was to get his “but language” out of his vocabulary. The self-justifying “but” conjunction kept the edge on his anger.

Coincidentally, as I was walking Biff through these things, I received an email from a lady who had been struggling similarly. Her response to her anger punctuated the truths that Biff was learning. Here is what she wrote to me: “I was the person who wouldn’t change. Through the work of the Spirit of God and the tenacious and loving confrontation of a Christian sister, the Lord granted me the repentance needed for the bitterness that I allowed into my heart, dating back many years. My anger spilled into other areas of my life too. My heart was stony, and I knew it. Anger had captured my mind.”

You will have to decide. Repentance is a unique and personal decision. If you’re stuck in anger, you will have to determine if you will be honest with yourself and God or keep justifying, rationalizing, and blaming your sinful anger on something else. The decision to change will determine if you’re going to make any progress in your relationship with God and others. Typically, people who struggle with problems are not ignorant (though that can be part of what’s happening) but stubborn and full of self-will.

Being honest, vulnerable, and transparent are three challenging bridges to cross for Adamic people. Biff and my “email friend” knew what they needed to do. Were they going to start walking out repentance? Their decision to cooperate with the Lord rather than stay in an ongoing conflict with their spouses was great news. God gave them the empowering grace to appropriate the humility needed. They began to change.

I remember sitting in jail as a fifteen-year-old angry teen. It was there that I decided I would not continue to live the life I had been living. While sitting in my ten-by-ten, concrete-walled room, I determined I would no longer “walk the path of death” (Romans 6:23). I began the process of change at that moment. The effectual change came ten years later when the Lord imposed Himself on me in a regenerative way (John 3:7). The road to change started in jail, but I did not realize the fruit of transformation for another decade. If sin has incarcerated you, the best thing you can do right now is to change your mind about how you think about and respond to your problems.

The main motive for change must be to glorify God (1 Corinthians 10:31). You will know your real motivation by how you respond after you start changing. If you fall back into your angry patterns because you’re not getting what you hoped would happen, your decision to change was not adequate. A person who wants to change will change without conditions. A person who wants to make excuses about change will not change, at least not for long.

Short-term change comes from a heart with a “what’s in it for me” worldview. That’s not how effectual, transformative change happens. Initially, Biff came to me because he was in a bad marriage, and his wife was not meeting all his expectations. Part of his complaint was valid. Biff was right, and Biff was wrong. His problem was placing the accent mark on what she was doing wrong, which is one of the most natural temptations when in conflict. I used that argument when I was a teen.

I had a long list of reasons why I was the way I was. Though I knew I needed to change, I was quick to make a strong case about the injustices in my life, especially my abusive daddy. This unwitting smoke and mirrors routine softened my sin while firmly trapping me in my victim-centered prison. There was enough truth about my victimization to blind me to what I needed to do, and there were enough friends to affirm my justifications through their empathy, so I stayed in my sin while not feeling bad about it. This numbing conscience strategy was deadly (Hebrews 3:7-8).

It took a ten-by-ten jail cell to drive a different kind of truth through my thick head. I’m not sure what the Lord used to drive a new reality into Biff’s head, but he was spot-on when he said, “I knew I could not stay angry and progress in my marriage.” We are not helpless victims. Sin came to all of us through one man (Romans 5:12), but we are culpable too, for all have sinned (Romans 3:23). Our best play is to focus more on our culpability than our victim-ness. Nobody has ever done anything to us that is more severe or damning than what we have done to Christ.

The sinless Son of Man died on a cruel tree to rescue us from our sins (John 19:30). It is unwise and unhelpful to focus on our victimhood in light of Calvary’s truth. As you begin to change, keep reminding yourself about your motives for change. This reminder will be vital. My motivation for improving as a fifteen-year-old was because I was tired of being me. Regardless of my abusive dad’s behavior, I wanted to be free from my angry prison. The journey began with that decision, and true freedom came ten years later (Galatians 5:1). If you need to change, start changing. Don’t overcomplicate it or overthink it. Just start.

Decide to stop whatever it is you’re doing or thinking. Don’t put conditions on it. Don’t say, “I will change after (fill in the blank).” Even as an unregenerate kid, I knew better than that. Though I had no clue where this new way would take me or the results, it didn’t matter—I had to change. Of course, after I made that decision, nothing in my external life changed. My brothers were still mean, my dad was a drunkard, and my school teachers continued to judge me because of my well-deserved reputation. And nobody reached out to help.

Having people helping me as a kid would have been great, but their lack of helpful responses did not hinder me from changing. I changed because I was tired of being the way I was. I could not control what others were doing, but I could purposelessly break my habituation to excuse-making and other ancillary sins in my heart. Do you want to change? If so, here are five ideas that will assist you toward transformation.

« The Anniversary of the Worst Day of My Life
Mean Wives, and Husbands Who Should Love Them »