Responding to Friends Who Do Things That Make You Uncomfortable 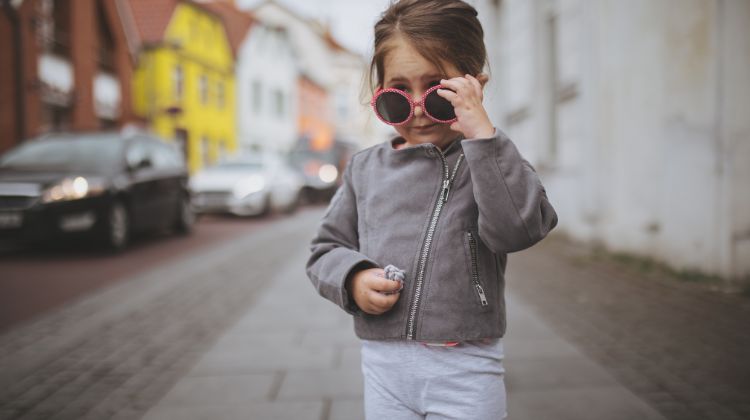 When someone does something that you don’t like, you have several options from which to choose. You can consent to what they said or did and be like them. You could confront and rebuke them. Or you can try to ignore what just happened, which typically leads to a weird type of awkwardness. The temptations of fear and insecurity are strong when it’s time to take a stand. How do you respond when friends do things that make you uncomfortable?

There has been an ongoing discussion over my article/podcast about the differences between empathy and sympathy. That discussion perfectly applies to what I’m sharing with you here. Empathy—accurately defined—is a person who jumps into the water to rescue a person, which leads to both of them drowning. Sympathy is a more reliable rescuer who stands on the boat and tosses a life preserver into the water, and both people survive.

People tempted toward insecurity and ignorance (lack of training) tend to be empathetic because they are fearful of doing the hard thing in relationships or they don’t know the right response. The “ignorance issue” is quicker to overcome because you can educate yourself on how to rescue drowning people. But insecurity is another matter because there are hidden and entangling idolatries of the heart that capture these people.

The weak, insecure person who craves people’s acceptance and approval will compromise the Spirit’s illuminating insight into their lives because of this fear. They don’t want to go through the ordeal of the drama because they are afraid of disappointing the person. They may frame it as “hurting their feelings.”

Let me paint four different scenes where the weak person may succumb to the temptation of “jumping into the water” with their friends rather than standing in the position of strength that could lead to their rescue. These common scenarios happen every day. It would benefit you to jot down a few of your most recent relational encounters so you can assess if you’re a sympathetic rescuer or empathetic culprit in your relationships.

Scene #1 – Two men are at the water fountain in your office. You walk up, and the conversation changes because you’re different from them. The temptation is to reshape yourself into a person that is more likable, according to your friends’ preferences, rather than being the person that God wants you to be.

Scene #2 – It’s another Thanksgiving. The family gathers around the table, and you’re the designated pray-er. Again. Rather than seizing the moment by embracing the role of the outsider, you’re embarrassed by being the “representative Christian” at these annual family gatherings.

Scene #3 – Your buddy comes to you with a joke. The joke is funny, but it is sexually coarse. Though there is a temptation to laugh, you choose not to yield. In this case, you rebuke your soul and do not jump into the water with your drowning friend.

Embracing Your Role Among Friends

In these three scenarios, your relationship with Christ not only defines how you relate to your friends, but it impacts how you relate to them. Your friends enjoy each other, and you’re the outsider. When they are together, they have a blast. But none of them speak into each other’s lives in such a way that matures them into Christlikeness (Hebrews 10:24-25), even though they say they are Christians.

The difference between you and them is not that you enjoy fun less than they do, but that you enjoy growing in your walk with Christ more than them. You would love nothing more than to see their relationship with Christ mature (Matthew 22:36-40). But you are well aware that Christ is not preeminent in their lives. This perception is not an uncharitable judgment from you but an objective reality based on years of association with them. Here is the fourth scenario.

Scene #4 – When your friends plan a camping trip, attend a ballgame, or decide to have a night out for eating and fun, you’re not on their shortlist of invitees. Ironically, when they want to “talk about Christ,” need advice, or when they are in trouble, guess what? They come to you. Similar to the “representative Christian” at the Thanksgiving meal, you’re the “designated hitter” who serves a singular purpose in their lives.

Jump In or Rescue?

The struggle you have is whether or not you should give in and jump in the water with them. Perhaps you’re thinking, “Hey, I like to have fun too.” But you’re not on their fun shortlist, even though you’re on the sanctification shortlist. It would be natural to become bitter about how your friends use you. Or maybe you’re feeling insecure because they are not “approving you” the way you want their acceptance.

While you long to be “just one of the guys,” you know it can’t happen unless you decelerate your passion for the gospel. Regrettably, in the Christian world, being authentic is the minority report; it’s a much smaller group than the lukewarm, fun ones that make up the larger Christian experience.

On the other side of the “Christian road” are those “holier than thou” people who refuse to fit in because of their arrogance. Or, they use Christianity as a shield to keep from social engagement. In this latter case, it’s the weird person who “uses Christianity” to separate themselves from things that make them uncomfortable. Thus, you have three types of Christians:

Unfortunately, in much of Christianity, what we typically see as normal is not authentic. And when we meet a genuine Christian, who defines their life by the Bible, they seem like super-Christians, when, in reality, they are the normal ones.

True Christianity resides somewhere between those who “pick and choose” when they want to be Christian and the “super-bros” who wreak with arrogance and artificiality. These believers are genuine rescuers 24/7 and are willing to do the hard things, even if it puts them “outside the camp” (Hebrews 13:13). Moses was such a person.

By faith Moses, when he was grown up, refused to be called the son of Pharaoh’s daughter, choosing rather to be mistreated with the people of God than to enjoy the fleeting pleasures of sin. He considered the reproach of Christ greater wealth than the treasures of Egypt, for he was looking to the reward. He left Egypt, not being afraid of the anger of the king, for he endured seeing him who is invisible (Hebrews 11:24-27).

The temptation to bitterness, criticalness, or insecurity is real and inviting. Perhaps you’re struggling. Maybe you’ve already fallen into the snare of wanting to fit in with the crowd. You’re hurt and bothered. You’re the lonely outsider. Your “invisible God” is not holding sway over your heart. If this is so, it’s time for a gospel checkup!

The loneliness of the Christian life is real and sometimes acute. I’m speaking of the authentic Christian life, not the part-time one or the super-Christian one. The temptation to fit in can be powerful, and when it is, it’s time to clarify what it means to be a believer in the Lord’s service. Here are a few of those clarifying truths.

Suffering – You are God’s child, and you want to emulate the Savior as much as possible. You hope that your life personifies the life of Christ and that His name is made great through your humble submission to Him. If this is your desire, the first point of a reorientation to the gospel is to remind yourself that your path is inalterably a path of suffering (1 Peter 2:21).

Personality – Before confronting your friends, be sure to examine your heart accurately. Are you boring? Do you hide your insecurity by being “religiously different,” which allows you to blame your peculiarities on Christ? Ask a friend, one who will be honest with you, about how you engage your culture, friends, and other Christians.

Fun – Nobody should have more fun than a Christian. If the world is having more fun than you or laughing harder than you, then you desperately need a gospel reorientation. The Savior resolved your most significant problem in life by His execution, resurrection, and ascension. The culture’s most significant issue has not found what you possess. The wrath of God abides on them right now (John 3:36).

Relax – Maybe you need to loosen up a bit. Perhaps you need to let your hair down. By all means, make sure the reason they don’t want to hang with you is because of Christ, not because you’re boring, self-important, or a religious snob. If people reject you, let it be because of the gospel and not because of your personality, preferences, or peculiarities.

Let’s say you are pursuing humility while being engaging, relevant, winsome, and hospitable, but without compromising the progress of the gospel. If this is true of you, the issue may not be you. It could be that your life shines too brightly, and your friends prefer something a little darker (John 3:19).

Worldly friends do not discourage their worldly friends when it comes to worldliness because worldliness is what they enjoy. But if your authentic passion for Jesus is not what they want, you have to decide if you wish to wallow in their shallowness or feast on Christ’s riches. This decision is a predetermined one.

You have to know where the lines are before you find yourself in those awkward moments. If you don’t settle this in your soul right now, when those times of temptation come, you probably will jump in the water with them.

Let Them Draw the Lines

If you are discouraging your friends because of your authentic, not artificial or manipulative, passion for Christ, you will have to decide how and at what level you want to be friends with them. Because you already know where the lines are, there should not be any surprises. Let their lifestyle choices help you to make your decisions.

Christ predetermined what His role would be before He came to earth (Mark 10:45). If your friends are going to behave worldly, you decide right now where you are going to stand and how you will relate to them. Please don’t wait until the time of temptation comes, or you may compromise the progress of the gospel in your life and theirs.

If you “consider the reproach of Christ greater wealth than the treasures of Egypt,” don’t expect them to permit you to “play in all of their reindeer games.” It is a sacrifice for Christ that you will have to make. Even Christ had limits regarding engagement with those who had more passion for the world than Him. He would also discourage others by saying what needed to be said rather than consent to their fun. Jesus was a sympathetic rescuer, not an empathetic culprit.

Disheartened by the saying, he went away sorrowful, for he had great possessions (Mark 10:22).