There Is a Blessing Found in an Unconcerned Wife 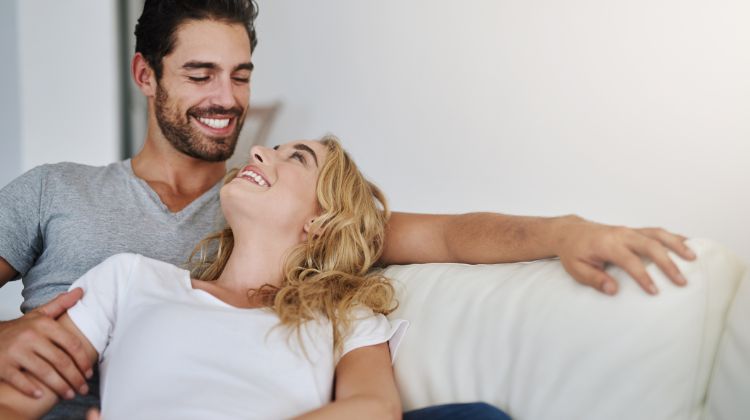 Does your wife show concern about what you do? Does she check up on you? Is she mostly aware or unaware of your thoughts and activities? Which of the following three categories best describe your wife’s attention to the details of your life?

Perhaps you can find better descriptors for your marriage, but the idea that I want to show by the three categories is about your wife’s input into your life. Is your wife’s responses to you negative, neutral, or positive?

Here is a case study about my fictional friends, Biff and Mable. I am going to unpack the problem that led to Biff’s adultery, which you will see is much broader than a nagging spouse.

Biff married Mable thirteen years ago. Most of those years were difficult. Mable struggles with insecurity, which has played out in their marriage by her keeping tabs on Biff. He calls her a nag.

She has been hyper-attentive in their marriage. She regularly asks Biff where he has been and what he has been doing. This more rooted insecurity is born out of something that Biff did not cause. It predates him.

Biff saw her question-asking and accusations as a burden, which, in a way, they were. But rather than finding her questions as an opportunity to shepherd her, he responded by drifting farther away from her, which put their marriage in an unresolvable, circular trap.

Eventually, Biff committed adultery, and Mable’s fears came to pass. The thing she dreaded—losing Biff, which motivated her to drill him about his day, happened. It was a self-fulfilling prophecy.

To answer these questions, you have to go back to God’s original design of the human race and how the effects of sin altered this original intent. We begin with the first man.

The Lord made Adam for Himself (Genesis 2:7). He created Adam in His image and gave him things to do. It was a perfect world from Adam’s perspective. He basked in the glory of the Lord and spent his time doing things for the Lord.

Being a man and doing things are two of the more essential understandings of what makes a man fulfilled. The Lord ties our identity about who we are to what we do. This truth is why one of the first questions a man will ask another man is, “What do you do?”

This type of conversation is so familiar that we hardly give it thought. God made us for doing things, which makes the stuff we do matter. I have counseled many men who did not have jobs or their wives made more money than they did. In almost every case, this was a problem for the man. For many men, it can be emasculating not to be able to provide for their families.

To want to work well and to be successful at work is not wrong. It is one way we men can glorify God. Granted, we can cross the line from Genesis 2—serving God in our work for His glory—to Genesis 3, where work becomes an idol for the glory of ourselves.

Even so, it is not wrong to want to work hard and receive rewards for the work accomplished. Adam was a man who worked unto the Lord while living in the Lord’s unending pleasure.

The Lord surveyed the scene of Adam’s life and decided he needed to do more than work with his hands. He needed someone to complement him. Thus, He made Eve, a suitable helper for her man (Genesis 2:18).

Eve was made differently from Adam. She came from his side, not from the dirt. She looked different and was expected to serve in a different capacity. The Lord did not make her for Himself, but He created her for Adam.

When a man receives a gift from the Lord, he is expected to care for this gift (Ephesians 5:29). It was no longer correct for Adam to think his only job was in the field, hanging with the herds. Eve was now part of his growing responsibilities. He was called to lead her by providing and caring for her.

Likewise, husbands, live with your wives in an understanding way, showing honor to the woman as the weaker vessel, since they are heirs with you of the grace of life, so that your prayers may not be hindered (1 Peter 3:7).

Part of how a husband cares for his wife is to understand her. Peter’s language is reflective and intentional. There is a delicateness to the woman, which is strikingly different from the man.

Part of the reason for this is because of what the woman is called to do: she is asked to follow her husband, submit to him, and serve him all the days of their lives.

If you had to follow, submit, and serve someone all the days of your lives together, what would be two paramount concerns that you would want a resolution to before you went on your journey with that person? What kind of assurances would you ask from him?

People do not join forces with other people if they are hated and unsafe. This idea is just as much common sense as it is practical. Put yourself in Eve’s shoes for a moment (assuming she had shoes). If she had to hook her wagon to Adam, what would she be thinking?

If I have to submit to a man all the days of my life, he had better love me well and take care of me.

These two things are a big deal for any wife. They should be a big deal. The Lord is asking her to submit to him. He needs to be “submit-able material.”

What Biff did not perceive was how important this was to Mable. He did not consider how God made her (Genesis 2). He also did not think about how the effects of sin had captivated her thinking (Genesis 3).

All women have a few anxious thoughts when it comes to marrying a man. It is even more acute if they are coming from a Christian worldview because they have an awareness of the high call of marriage and the challenges of submission.

Christian women want to do marriage well, which means they need assurances from their soon-to-be husbands, which is why I asked: Will you love me, and will this relationship be safe?

No common-sense-thinking woman would carelessly go into a potentially unloving and unsafe relationship. She wants to be led well by the person she is committing and submitting to for the rest of her life.

In the case of our fictional couple, Biff was not a good shepherd. He did not come alongside his wife well. He was mostly quiet and passive in the relationship. From his point of view, he snagged her on his wedding day, which released him to spend his time pursuing other things.

What he did not perceive was how the “seed of insecurity” lay dormant in Mable’s heart. As time went by, this seed began to metastasize as she wondered about her husband’s love and protective care.

Silence is mysterious, and where silence exists, typically, someone will supply the interpretation for the silence. Biff was not a biblical communicator or leader in the marriage and this left mystery in Mable’s mind. She was already prone to be insecure, so her interpretations of his silence and passivity were not reasonable.

Neither one of them understood a biblical view of their roles within the marriage covenant. They both felt justified for what they did, while they both contributed to the demise of their marriage.

You will find a blessing in the unconcerned wife. Imagine with me for a moment of the well-led wife. She lives in the radiance of her husband’s love. She is wonderfully aware of his protective care.

It is like the delicate vase Peter wrote about (1 Peter 3:7). The vessel has been lovingly packaged, bundled, and safely nestled in a container for safe travel. No harm can come to it. If it could speak, it would say, “I am safe, and I am loved by the one who is called to take care of me.”

The unconcerned wife is like a sheep who takes one look at its shepherd and exclaims how it has no needs because of the expert care of the shepherd.

The unconcerned wife is a confident wife. She does not live under suspicion of her husband’s behavior. She does not have to worry about the next awful news. She is well nourished and well cherished by her husband (Ephesians 5:29).

Just as the Father treated Adam, the good husband exports a similar kind of careful and protective love to his wife. She does not fear evil because of his constant and caring vigilance.

Husbands – Nobody marries a perfectly sanctified woman, and we have our issues too. Because of what happened in Genesis 3, there is a brokenness in our lives. Human fallenness has damaged all of us.

When we marry, there is work to do. We should not go into marriage naively. We should enter the marriage covenant fully aware there is sanctification that must happen in our lives, and it is the job of the men to lead in this endeavor.

We do this by modeling the gospel to our wives—to love them in a similar redemptive way that our Lord loves us. The marriage altar is not a finish line but a starting line.

Honoring others for the things they do is a good thing (Romans 12:10). While nagging can be discouraging, so can silence. If you have identified God’s good work in your husband’s life, let him know where he gets it right.

If your husband is a weak leader, the antidote may be to find the things he is doing right and express gratitude for those things. Grace-filled words communicated well can be redemptive (Ephesians 4:29).

In the beginning, I asked the husbands to answer three questions. Now I am asking the wives to respond to the same ones. How would you answer the questions below, and why you answered them the way you did?

If either one or both of you landed on #1 or #2, my appeal is to find help. Do this before you both come to the place of Biff and Mable. It is hard to help people repair a marriage after going that far down the road. Wife, here are your questions.

« Will You Help Me? My Ex-spouse Is Ruining Our Children
What to Do When Counseling Is Not Going Anywhere »