It’s when a person intentionally attempts to lure the gaze of another person through physical manipulation, either by what he/she is wearing or by how he/she looks. The motive is if you draw attention to yourself, you will feel better about yourself.

I was amazed more by her humility than the new term. She shamefully shared how she found a perverse pleasure in capturing the gaze of guys. She continued to talk about her fixation on her appearance. This overconcern about her physicality had leeched into other sinful areas of her heart. The result was that she dressed for other people rather than for the Lord.

She also talked about how she felt affirmed when guys looked at her. Though she knew what she was doing was sinful, and her hermeneutic regarding love had become mentally twisted (2 Corinthians 10:3-6), she did not know how to change.

She struggled with life-long battles of insecurity, which was a life-dominating pattern (Ephesians 4:22). Her method for resolving this problem was to dress in such a way that others took notice. Especially men.

Her surprising humility opened the door for a few questions, which she was eager to discuss. For this chapter, I will redirect some of those questions to give you an opportunity to reflect on your motives about modesty, clothes, appearance, individuals, and God.

Guys are sleazy. They disgust me the way they gawk at women.

While her assessment was correct about lust-hungry guys who fill their lust cups through gawking, her choice to dress in such a way to draw attention to herself was not more spiritual, biblical, or honoring to God. Her self-righteous posturing and hair-splitting had dulled her mind to the point of self-deception (Hebrews 4:7-8).

Checking Out the Competition

My friend told me how it’s a common practice when women are in a group to “check out” the other people in the group. While some people do this for ideas about clothing or maybe because they enjoy the way their friend dresses, there is a darker side to people gazing. The heart issue of insecurity (fear of man) is what motivates a person to be overly concerned about how they look.

We are checking out the competition to see how we compare. Part of what is going on is we want to see what the other woman has, or if what we have is better.

She was referring to the other woman’s physique. Paul suggested that a person like this is without understanding. This kind of “backward theology of clothing and appearance” manifests in two ways.

This kind of fear motivates her to find the fatal flaw in the other woman, which gives her self-righteous soul a boost. One of the pitfalls with this sort of theology is when the other woman is incomparably put together in such a way that there is no need to compete. Unable to meet that “beauty requirement” leads to despair for the competitor.

There is plasti-woman, insta-girl, and ready-for-action cyber babe–the fake people our culture grades as perfect tens. No sane woman can compete with this kind of instant fake-ness, and no biblical-minded woman would want to.

Adultery, though the competition is not as plastic or cyber, still shatters a wife’s world because she knows–among many other devastating things–that the competition has ousted her.

I appreciated my friend’s honest and transparent willingness to make the conversation about her need for change, rather than hijacking the conversation as a ruse to deflect from the hidden idolatries of her heart. Most people have a hard time discussing a worldview that is so thought exposing. In essence, she was revealing the secret handshake among the fraternity of women. 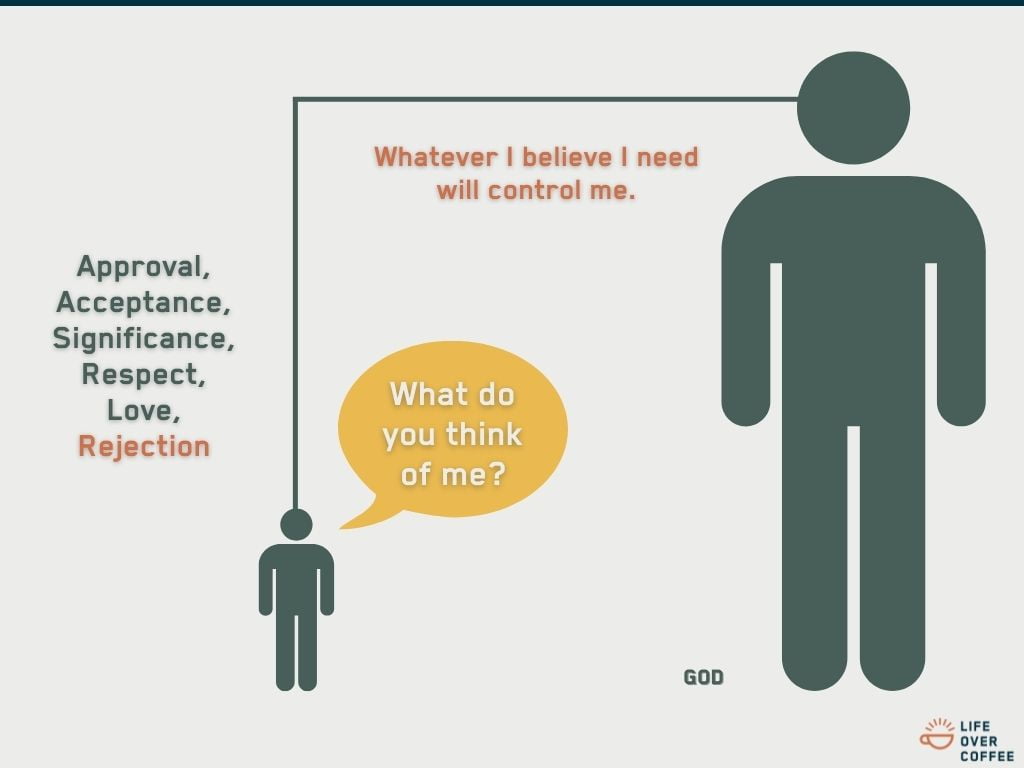 Capturing the Gaze of a Man

She feels a sense of power when she makes a man look twice. Though she may be disgusted at the thought of adultery, she is flattered by his gaze. Her soul is in a battle over opinions:

What does he think of me?

Or what does God think of me?

Whose opinion drives your clothing choices?

Whose eyes or attention are you trying to attract?

Some women become angered by this kind of discussion. They say there is nothing wrong with trying to feel sexy or look attractive. They continue by laying the entire problem in the man’s lap if he looks too long. Yes, it is the man’s fault if he looks twice or lingers too long, but it is naive and deceptive to rebuff any responsibility toward the human community.

I know when I am manipulating a situation, which is a gift of God’s Spirit to bring such gentle reminders about my actions. No Christian should be that detached from their real motives, which includes how we care for others.

Others will argue, “I could dress in a burlap sack, and a man would lust after me.” Probably. Some men. However, when the argument immediately shifts toward others without careful consideration of yourself, you’ve already crossed biblical lines (Matthew 7:3-5). Lustful men lust. I get it. The more humble starter question should model my friend’s thoughts by examining your heart motives first.

These questions would make an excellent conversation between husbands and wives, as well as a good discussion for a small group of women.

This problem does not land squarely on women. A woman’s body appearance and clothing selections are also a leadership responsibility for the men in their lives, especially dads and husbands.

You should already know that the females in your home struggle with insecurity. The biblical record affirms that all people–male and female–struggle with some form of fear of man (Proverbs 29:25). This awareness motivates you to index forward from wondering if they care what others think about them, to being intentionally redemptive in their lives.

Practically Illustrated: Candy’s parents said she would never go to the mailbox without putting on make-up. They saw this as a positive thing. They were glad that she cared about herself. Her parents were not discerning.

Fear of man controlled Candy: what people thought about her mattered more to her than anything else, even God’s favorable opinion of her. She was a fearful idolator who believed she needed to pay close attention and exacting detail to how she looked to others.

Rather than shepherding her through this life-dominating sin pattern, they applauded her desire to be attractive. Her insecurity and emptiness grew. Trying to maintain beauty for people’s approval is for the insecure person like what crack is for the addict. Candy needed to be freed from the beauty trap and reacquainted with the gospel.

For by grace you have been saved through faith. And this is not your own doing; it is the gift of God, not a result of works, so that no one may boast. – (Ephesians 2:8-9)

Not only are Christians saved by grace, but grace is the means through which sanctification happens. The Christian’s complete salvation–including sanctification–is a gift from God. The insecure person, who is in bondage to the beauty trap, will seek to overcome her problem through her works by over-caring about what she looks like or what she wears.

Let’s suppose Candy did overcome her insecurity by making herself beautiful enough to feel better about herself. She would still be in bondage because she would only be as strong as her ability to stay beautiful.

She could even be discreet about how she overcame her insecurity, but she would always have this low-grade fear of losing her ability to stay beautiful (2 Corinthians 1:8-9, 4:7, 12:7-10). Beauty’s deception and accompanying legalism are not sustainable. It’s an insatiable fixation that leads to more sinful and painful manipulations.

The primary deception is that she will see her insecurity as a clue to compete with her culture. She’ll misdiagnose the real battlefield: she’s in a tug-o-war with the only one who can free her (James 4:6). God wants to release her from the grips of a controlling culture so she can find peace in Him alone. Freedom comes through weakness, not strength (2 Corinthians 12:10).

May I appeal to you?

If so, will you come alongside them to care for them? Ask the Father to give you the insight and opportunity to speak with them. Learn, love, and lead them to a more effectual and practicalized outworking of the gospel. There is a truer, purer, and more powerful beauty found in Christ (1 Peter 2:3-4).

Ladies, may I appeal to you?

I have several questions throughout this chapter. Will you take them to the Lord, asking Him to expose to you what He already knows about you (Hebrews 4:13)? Will you find a friend to help you unhook from the bondage of people control? If we can serve you in this process, all you have to do is ask here.