Are You Attractive? A Way to Know Is If Sinners Hang with You 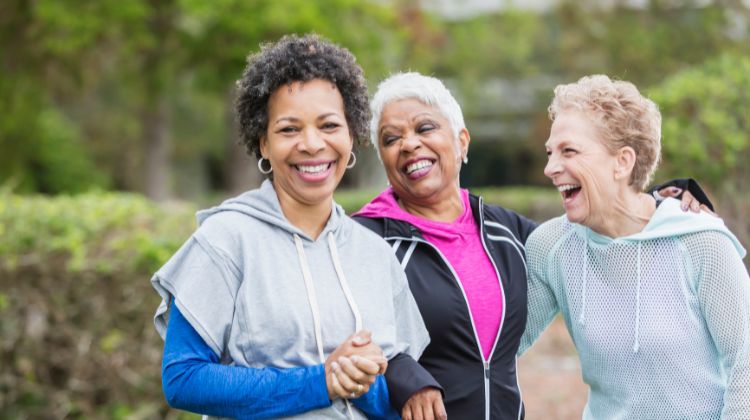 Are you an attractive person? I’m not speaking of cultural attractiveness. The peak of attractiveness has a biblical look to it. Jesus was a holy and righteous man, and non-religious people were comfortable hanging with Him. That’s the picture of attractiveness that I’m going for here. Do difficult, fallen, imperfect, and challenging people find you attractive?

Eating with the Eclectic

Now the tax collectors and sinners were all drawing near to hear him. And the Pharisees and the scribes grumbled, saying, “This man receives sinners and eats with them” (Luke 15:1-2).

Here is a list of people groups, some of which are different from you. I’m not saying they are irreligious or religious. I’m merely stating that most of them are not like you. I’m sure you can add a few more folks. It would be great if you did that. Then ask, “Are you attractive to these people?” The more heart-targeted questions are, “Which one do you struggle with the most, and what does that reveal about you?”

Do these people draw near to you the way they would draw near to Jesus? Do they want to hear what you have to say because your attractiveness is that compelling? It would be instructive to look at your friend list to see if you’re only attractive to folks who are like you. There is no question that Jesus was attractive to those who were different from Him (John 3:1).

It’s Christ in You

The concept of attractiveness does not imply every sinner in the world will follow you. From that perspective, Jesus did not do well because there were multitudes who chose not to follow because of His Christocentric views. Perhaps on another day, I can talk about the repulsion aspect of the gospel. It would convolute my point here.

If your life and example do not have an attractive quality, you will compromise your ability to penetrate and engage your sphere of influence. Evangelism demands that you’re attractive. Of course, it’s not you in the most technical sense that is attractive. It’s Christ in you that has the drawing power. Just as in the day when Jesus walked the earth, it’s those same qualities that attract folks today.

Some teach that you should “become like the world” to attract them to your message and meetings. Then the reactionaries fire back with, “We should not be like the world. We’re different.” This reactive group shows their differences by how they dress, where they go, and what they do. Both groups miss the point because they focus on the externals, which was not what was so attractive about Jesus.

If you push the “be like the world” message too far, you could become gay, smoke weed, barhop, and watch ungodly things so you can relate to the sinner. Or, if you react from the traditionalist’s viewpoint, you may become so religiously distant by your acts of separation that the world will see you as a weird anomaly, and they will steer away from you so that they don’t catch what you have.

Participating in what the world does or distancing yourself from what the world does are two approaches that miss the point of the attractiveness concept. There is no Bible support to say Jesus spent time thinking about either of these two things. Jesus was Jesus. He was not irreligious or religious. He transcended both cultures by choosing to relate to those who were drawing near to Him. He was supra-cultural.

One of the central tenets of the seeker movement is not to be religious. I’m not picking on them but pointing out how our preferences can become the primary criteria when we think about relating to others. The seekers want to model the culture in specific ways so that when sinners come to their services, they won’t feel uncomfortable with what they see or sense. There is some merit to this perspective in that I understand what they want to accomplish.

The problem is that if the style of clothes, music, or [fill in your preference] becomes the primary talking point when building a church culture, you have already lost before you ever open the church doors. Indeed, you can attract folks with your shorts, suit coats, or both. You can draw people by your traditional, contemporary, or hybrid music styles.

Each church must decide how they present themselves to the public. No church can accommodate every preference. If you make the mistake of preferences—clothes, music, and other styles—as being the most vital thing, you do not understand the attractiveness of Jesus. People’s attraction to Him was not the style of His toga or whether He played the drums. There was an appealing and deeper attractiveness to this man.

So you don’t miss my point, let me rag on my anti-contemporary friends a bit. They believe that dressing or singing like the world, with all their instrumentation, compromises biblical standards. They hold fast to tradition, which is anything thirty or more years before today. For example, many of their biblical songs are bar tunes from the late 1800s. As long as you’re not doing anything within this generation’s time frame, you’re fine.

Both groups wear their religion on their sleeves, primarily. I realize there are more contours than what I’m addressing, but the single point I am making is the behavioristic worldview that both groups embrace to be attractive to others. You will hear it in their language. Listen to their respective word clouds when they talk about connecting with the culture.

Most of those words will have to do with styles, preferences, relevance, tradition, compromise, and other external relateability-type words. What you won’t hear often is how to create a culture that exhibits the fruit of the Spirit: love, joy, peace, patience, kindness, goodness, faithfulness, gentleness, and self-control (Galatians 5:22-23). These are the things that drew folks to Jesus.

When a typical worldly middle schooler comes to a cool and relevant youth meeting, the caring youth leader wants to relate to this person. The leader logically concludes the best way to do this is to fashion the service according to what the worldly teenager experiences in his culture. The youth leader becomes a competitor to the world by essentially saying, “What we offer is as cool as what you find in the world. But it’s cleaner.”

On the surface, the youth leader has connected with the worldly student, but he has not connected where it matters. The traditional youth leader will do something similar, but different, according to their preferred way of crafting a youth meeting. Both leaders say they are relating to their audience. (Many traditional youth groups are dwindling because they are not relevant. The response is a change to contemporary so they can attract more significant numbers.)

In this illustration, what did the leaders accomplish? They drew a particular demographic into their meetings because of what they used to attract them through the five senses. The real question is, “Have you connected to these kids the way Jesus connected to His audience?” I’m not arguing about the validity of one meeting style over the other. I’m asking a deeper question. I hardly care what your meeting looks like, but I do care if you’re connecting with kids where you need to engage.

There was a detachment sent to arrest Jesus. As they stood on the perimeter of the crowd listening to Him, His words struck them at their hearts. When the officers came back, the authorities asked why they did not arrest Him. The officers were so amazed by what they heard from Jesus that they either forgot to do their job or lost all desire to do it. Jesus had a way that went below the surface—to the heart. What the detachment of men did not say was,

Imagine if a middle-schooler came to your traditional or contemporary youth meeting and was so struck by what he heard from and saw in the people that he forgot about the style of the room, clothing, or music choices. You would have a supra-styled youth meeting. Jesus’ way of connecting transcended these sublunary considerations. After people hung with Him for a while, they seemed to forget about the preferential matters.

So the woman left her water jar and went away into town and said to the people, “Come, see a man who told me all that I ever did. Can this be the Christ? (John 4:28-29).

People did not come to Jesus because He was up-to-date on their styles. They came to Him because He had the words of life that fitted the needs of their hearts. If you can identify what is wrong with a person and offer them life-changing truths so they can be set free, you will be in the enviable position of having all sorts of sinful people attracted to you.

Jesus could speak into their lives. He had deep insight into what was wrong with them and practical solutions for how they could experience change. They could intuit this about Him because He talked differently from the others. It wasn’t religion, irreligion, contemporary, or tradition that was the attraction. It was a man who was different from the rest. He was Christlike.

Think about these steps to attraction, and carefully and honestly assess your attractiveness.