Wise Parents Teach Their Children How to Curse

It is impossible to engage our culture at any level, and not hear curse words. Whether it is a television show or a stroll in the park, the words of our culture do not discriminate. They do not care who you are. The question every caring parent must answer is who is going to teach their child the culture’s language.

Perhaps you can think about this culturally relevant topic by answering the following questions.

Our culture’s words are like soldiers on a mission to destroy and kill. Their language has a clear-cut objective, which is to defile and corrupt the soul. This concept was made too real to me some years ago when my then six-year-old daughter verbalized her joy at some good fortune that came her way.

She was talking to our 45-year old friend, who was not prepared for the moment, when my child exclaimed, “I am so damn excited.”

She made that statement while flinging her arms upward and falling backward inside our van. My friend’s mouth dropped as she helplessly tried to regain game face. My innocent daughter was oblivious to the weight of her words.

That was the day I made a mental note to teach her about curse words. It became clear she needed a better theology and practice of language. Somehow she picked up on the word damn and unwittingly used it in context

All wise and discerning parents are well-aware that our culture will not slow down for them to catch up, and how it is more than willing to do their jobs. Somebody will teach your child about right and wrong. Will it be you or them?

When the world inevitably comes knocking on your door, it would be proactively wise of you to have already introduced them to the world. With language in view, here are four things children need to think well about our culture’s language.

This kind of training begins with a transcending and overarching parenting goal, which is to love God and others more than anything else (Matthew 22:36-40). As your child is learning this unique two-tiered worldview about loving God and others, you can begin laying down a sound language strategy. That strategy will have three parts:

With your God-loving, other-centered worldview in place, you will be able to instruct your child to rise above the unedifying noise of our culture. To turn language training over to someone who does not believe the way you do would disobedient and unkind.

Let no corrupting talk come out of your mouths, but only such as is good for building up, as fits the occasion, that it may give grace to those who hear. – Ephesians 4:29

A Time to Cuss

I waited until my “cursing daughter” was 11-years old before we begin our “theology of curse words conversations.” (My son was 12-years old when I started introducing him to swear words. These private conversations were between the child and their parents, while the younger siblings were not part of those discussions.)

My daughter and son had proven themselves trustworthy in stewarding larger truths about less weighty matters, so to introduce them to weightier things like our culture’s language was not a concern for us.

We were confident they would be able to steward our conversations with discretion and humility. (This is a wisdom issue that each parent will have to determine according to the season of life and maturity of the child.) Both our kids were advancing to a higher level in school (and church), which motivated us to be proactive in cultural language indoctrination lessons, knowing they would be encountering new words with more culturally indoctrinated children.

I introduced five words to my daughter and defined them. They were curse, cuss, hell, damn, and ass. (Typically when we have conversations like this I use my Penultimate app on my iPad. You can see the actual sketches at the bottom of this article.)

From there I introduced her to the words hell, damn, and ass. She asked, “Why does dam have an “n” at the end of it?” A part of me was sad because I knew I was moving her from childhood innocence to being an adult in our culture.

Many parents struggle with the idea of their children getting older and leaving the nest. I do. It is hard to accept, and even tougher to release them into the wild (world), though I have come to terms with this reality while choosing to be the one guiding them out of the nest rather than the world luring them from of the nest (Deuteronomy 32:11).

We continued as we talked about hell being a place of eternal torment and how some individuals could use it as an unkind and angry response as in, “Go to hell!” It was interesting she did not know what a burro was, and had never heard the word ass in the context of a donkey.

I did tell her how butt and crack were words that referred to ass, and how buttock is the correct term for a rear-end. She was already familiar with the penis and vagina, names we chose to use with them when they were toddlers.

It seemed appropriate to end our “language training” with those five words, though I did let her know we would revisit this conversation in the future as we look at more of the culture’s words. The main thing I wanted her to learn was not the words as much as the wisdom, respect, discretion, humility, and courage needed to think biblically about our culture’s language.

We spent a lot of time talking about a theology of language and how words begin with a neutral and innocuous foundation. Words are quickened and given force by the motive and meaning we upload to them.

The word “Trinity” is neutral to a two-year-old who has never heard it. But after you teach the child how the Trinity is a way of thinking about God, the word comes alive. To the God-lover, it is incredibly, wonderfully, amazingly, and overwhelmingly, stupendous.

You could use the word stick as an analogy for words. A stick is just a stick, nothing more and nothing less, except when my father told me to go out and get a “stick” from a tree so he could beat me with it. A stick was no longer neutral to me. The past abuse of a stick in my life affects how I think about a stick.

You may find sticks enjoyable, like when you climbed trees and swung from branches. Though that was part of my childhood too, there was a darker, more dangerous application of the word stick.

Thomas Crapper became a famous plumber in London, circa 1900. He did not invent the flush toilet, but he did invent the ballcock, and his name was on many of the manhole covers throughout London.

He was known for being a plumber. His name has since become synonymous with a bowel movement. I suspect most of you have heard the phrase, “I’m going to take a crap.”

Suppose I was a famous plumber, circa 1900, and my name became synonymous with toilet paraphernalia. Today, people would say, “I’m going to take a thom,” and some people would think that kind of talk is crude.

But they would say crapper and crap, or maybe they would use Crappy as a nickname, and it would not sound wrong to anyone. Someone may say, “I’m going to knock the thom out of you.” That would sound harsh. And it would offend some good Christian folk.

Language evolves, and what once was is no more. How we interpret words (meaning) and use words (motive) affects how we think about and react to them. Some of the old Puritan writers talked about intercourse with God. We do not talk that way today for obvious reasons.

The King James Bible tells about bastard children (Hebrews 12:8) and pissing on a wall (1 Samuel 25:22), but those words have evolved to the point where it is considered archaic, crass, and crude to use them.

What Are You Exporting?

Paul talked about giving grace to those who hear, which is a vital truth when thinking about words.

I hope my kids will not just learn the words of our culture and what they mean, but I hope they find out how and when to use the world’s language. It takes more maturity to use words correctly and biblically than to use them harmfully.

If you do not teach them the culture’s words and their meanings, plus the motives behind them, the surrogate cultural parents, who have no shame or discretion, will do your job.

You cannot talk about words without talking about worldliness. Worldliness–biblically defined–is not in the world, but in our hearts. John was clear in his first epistle about how worldliness is inside of us, not outside of us. (See also James 1:14-15)

Do not love the world or the things in the world. If anyone loves the world, the love of the Father is not in him.

John identifies worldliness as desires and pride, not some object or thing in our culture. Words are not worldly things in our culture unless our evil hearts take words and make them wrong by uploading evil motives for evil purposes. As cultures and epochs change, so do our words.

The careful Christian is in tune with the culture in which he lives and uses words that are fitting to being a Christian in that culture.

2. Consider your audience. Do your words uplift and build up or do they degrade and tear down. The gospel is more about others, rather than about you. Always be thinking of others. Never use your freedom as a right to do as you please.

3. What is your motive? Make sure your heart is saturated by the gospel when you speak. Let the words of your mouth come from a heart treasure that has been marinating in the gospel. If so, your speech will be redemptive.

4. Are you a crude dude? Regularly give yourself sober assessments. What has the feedback been from those closest to you? How do they perceive, understand, and think about your speech patterns?

5. Have your words weighed. Most people will not give honest and critical feedback about the deeper matters of the heart. You will have to pursue it. Do not be afraid to seek out your friends to serve you with their assessment of your speech patterns.

6. Are you an encourager? Do the people around you feel more encouraged or discouraged after spending time with you? How does your speech affect others? Are you characterized as a redemptive builder by your words? 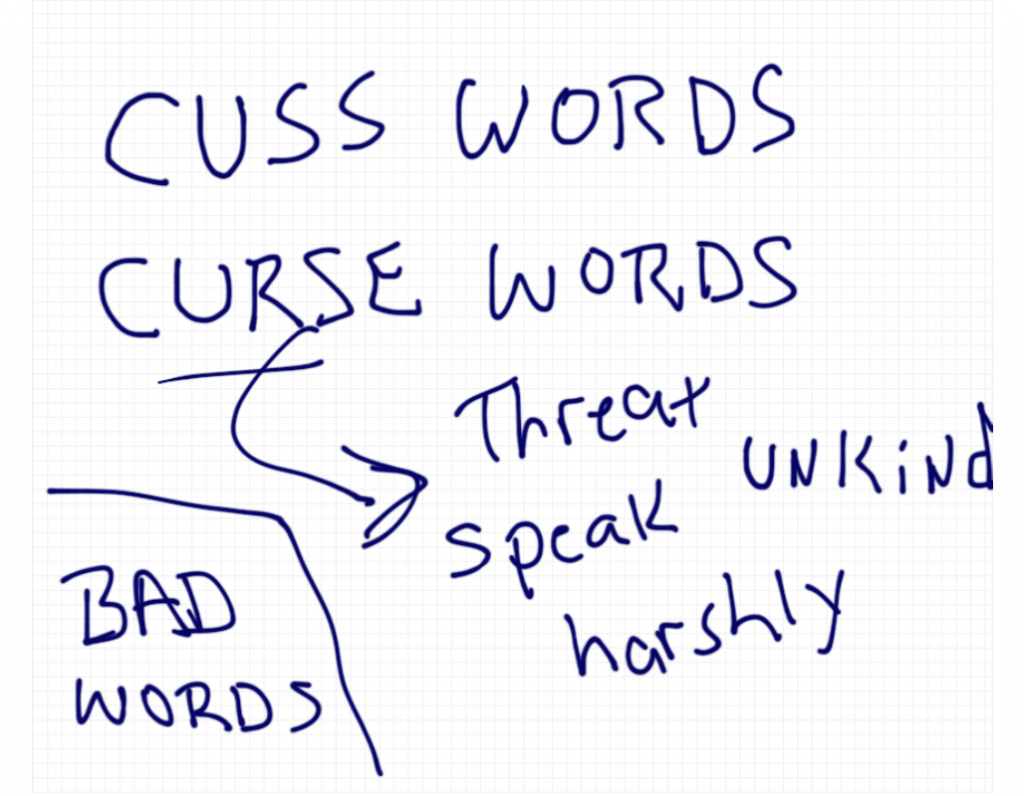 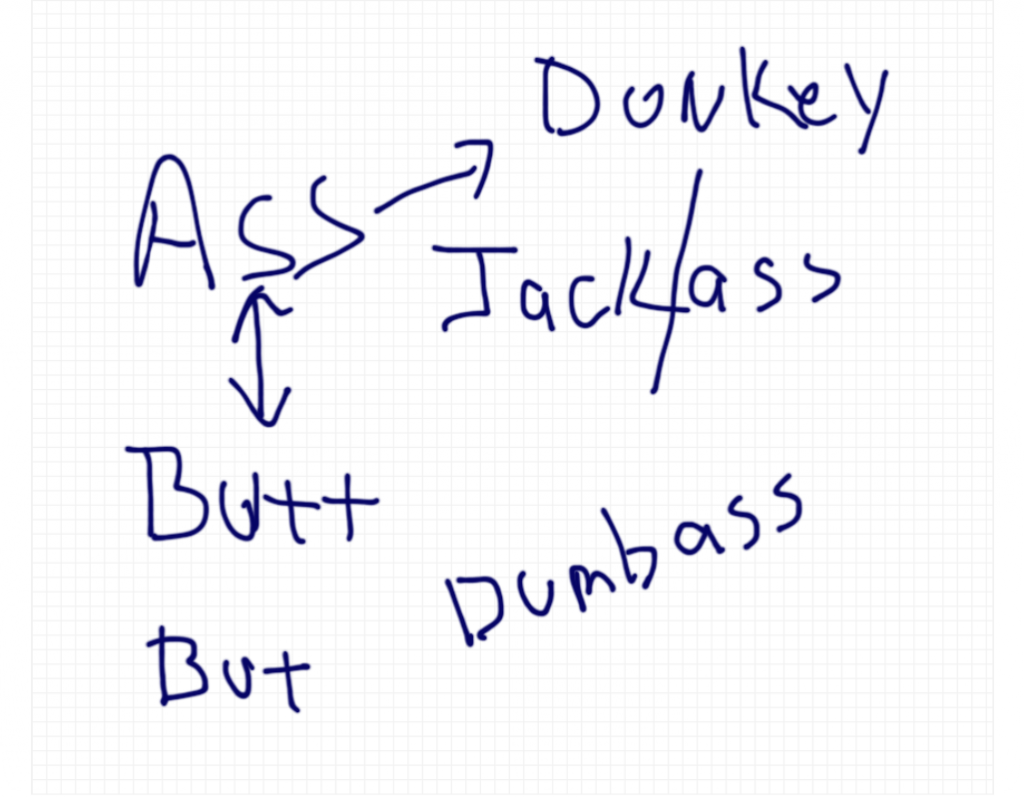