It’s “Okay” to Be Gay, and You Need to Know Why 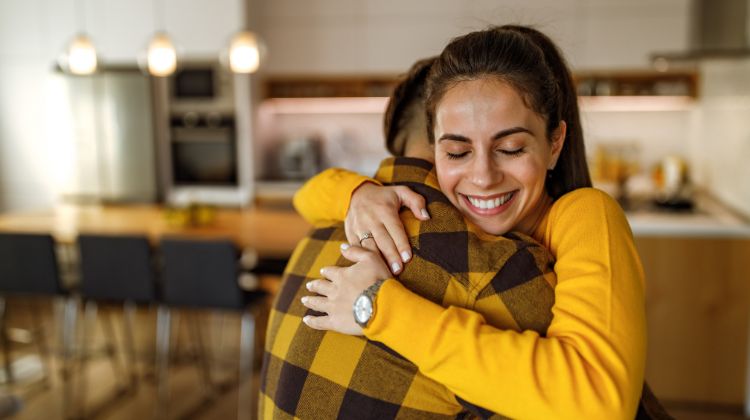 Did you know that the rearing of the Millennial and Gen-Z cultures differs from the rest of us? Newsflash: It’s true! The moral lines were more straightforward for you and me: sin was a sin, and it was evident to most anyone. Regrettably, the culture and media have bombarded the last two generations with an acceptance message that embraces a “to each his own” worldview, so what is obvious to you, as clearly taught from the Bible, is questioned by the current generation. Today, the abnormal is normal, which is why you need to know it’s okay to be gay, a new message from our deteriorated culture.

You know the normalization of the abnormal is in full effect when the millennial asks, “Do you struggle with gay acceptance?” You say that you do, and they label you as CAD: Chronological Amnesia Disorder. Do you have CAD? It’s the inability to relate to those coming up behind you because you’re stuck in the past, unwilling to learn about and engage the current culture. I’m not suggesting you accept their aberrant truth, but if you don’t understand them because of stubborn refusal to do so, you won’t reach them with the gospel.

Perhaps the best place to begin to see if you have CAD is to take my short assessment profile. (CAD is a fake disorder. The DSM-5 collaborators do this all the time, so I figured I could make up a disorder, too.)

Last two, and most important:

You Have CAD When

You may have CAD if any of your answers were: (1) yes, (2) no, (3) no, no, no, (4) yes, (5) yes, (6) no, (7) not sure, no, (8) no, and the last two: (1) angry, (2), no. CAD happens when a person becomes stuck in the past, as evidenced by how he thinks, talks, lives, and reacts to others. He has not kept up with the times, choosing to surround himself with like-minded individuals who look like him, think like him, and act like him. He intentionally (or unwittingly) separates from the culture, weakening his ability to connect the gospel to his culture. He may respond this way out of fear, frustration, or a deep-seated faith that this is how things must be.

“Go therefore and make disciples of all nations.” –Jesus.

While holy huddles have merit because of the legitimate safety and mutual encouragement found in cloistered communities, these secluded groups do not factor in our mandate for gospel-centered, cultural, and missional engagement. The CAD person cannot go into the world in relevant and practical ways for the non-compromising evangelizing purpose of sharing the undiluted gospel with a culture determined to distance itself from God’s people and His truth.

Our Commander and Chief told us to go into the culture to cooperate with Him in the redemption of our fallen kind. Unfortunately, too many Christians emulate the white-skinned, white-shirt, necktie-wearing missionary engaging a village in East Africa with the gospel. That is not how Jesus engaged His culture. He assimilated into His culture, so much so that Judas had to let his friends know which one was Jesus when they showed up to take Him captive (Matthew 26:48).

Why am I sharing these things with you? Because I had a rude awakening when I took our son on a four-day adventure to the beach a few years ago. The purpose of the trip was to have the sex talk. It was a fantastic trip that the Lord truly blessed as we engaged with each other in the most in-depth conversations we have ever had. As we were heading to the beach, I began our “talk” by introducing him to a theology of language. Specifically, I was walking him through a list of curse words. (Wise Parents Teach Their Children How to Curse.) Because our goal was to prepare our children for the culture in which they will spend their lives, they must know and understand their culture’s language.

I was glad that the main curse word he knew was crap. He had heard the “f-bomb” before but did not understand what it meant. He had heard the “s-word” too. But the primary bad words he knew were crap, fart, and stupid. Though he had heard “more official” curse words, he could not define them (insert sigh of relief). The same was true about sex. He had heard the term but did not know what it was. But there was one thing he did know; our son knew the words gay and homosexuality. This revelation did not catch me off guard because I don’t suffer from CAD (insert wink). Lucia and I have been intentional about keeping up with our culture because of our passion for engaging the communities in which we live.

He said gay was when two men marry each other. I did think, however, “You don’t know what the ‘f-bomb’ means, and you’re unfamiliar with the ‘s-word,’ but you know what the words gay and homosexual mean?” It was as if he was telling me his favorite ice cream flavor. He was matter-of-fact, non-emotive, and never considered that he should be embarrassed (or repulsed) by what he knew. The gay lifestyle may sicken you. You may get angry (or depressed) when you think about the inroads the gay community has made in our culture. But for the moment, what if you set aside how you feel about the culture’s encroachments and ponder our younger generation? Specifically, think about how they do not have our old-fashioned chronological categories, worldviews, presuppositions, or concerns.

Where Is the World?

Why don’t we engage our culture? Why can’t we learn about the world in which we live? One of the primary motivators for Christians to not engage in the culture is a misunderstanding of worldliness. Non-cultural, non-engaging Christians typically have a form of gnosticism that says the culture is evil and we must separate from it. This worldview is unfortunate. When John talked about worldliness, he placed it in our hearts, not the culture. Rather than saying worldliness is “out there” somewhere, he put worldliness inside of us, which Jesus’ half-brother also affirms. John said the worldly things we should not love are fleshly desires and prideful thoughts. James said it this way:

But each person is tempted when he is lured and enticed by his own desire. Then desire when it has conceived gives birth to sin, and sin, when it is fully grown, brings forth death (James 1:14-15).

The only way a person can use things in our culture for sinful purposes is when their evil (worldly) heart, like a magnet, entices them to take something from the culture and use it in self-centered, self-glorifying ways. This perspective clarifies Paul’s statement about avoiding any appearance of evil.

Abstain from every form of evil (1 Thessalonians 5:22). 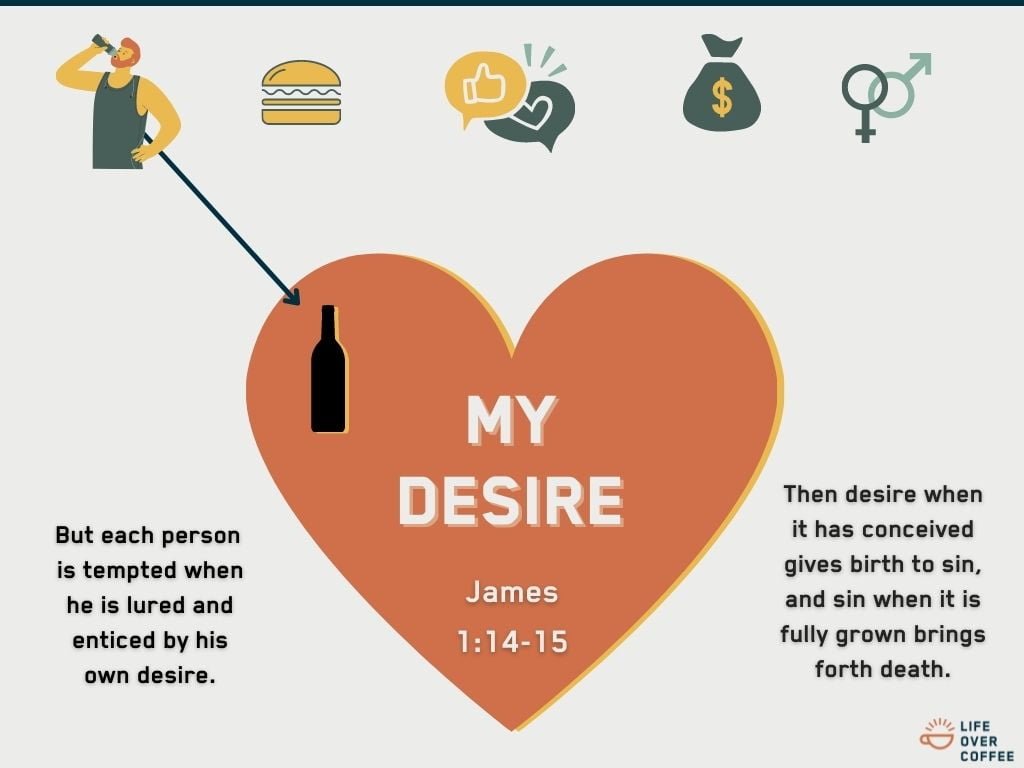 Live In, But Not Of

If I know I will be lured by the deceitful desires in my heart, then I want to stay away from that thing so it cannot connect to the sinful desires of my heart. That is why alcohol does not tempt me. Nothing in my heart has any drawing power to lure me into drinking alcohol. I don’t say this proudly; I do not like the taste of straight alcohol. However, I could easily succumb to the temptation of lust after an attractive woman, a reason to have “abstaining practices” that help me guard my heart and life against that specific sinful desire. We should stay away from things in our world if our worldly heart draws those things to us for sinful purposes, but those few things should not motivate us to stay away from everything in our culture. We are to live in the world but not be like the world (John 17:15; Romans 12:2).

There is nothing outside a person that by going into him can defile him, but the things that come out of a person are what defile him (Mark 7:15).

God has given the hearts of the world over to every kind of impurity (Romans 1:24). We don’t have to fear those evil things in the world if we don’t lust after them. We must have the courage to engage, knowing that what is in us is greater than the things of the world (1 John 4:4). But if you place the accent mark on the issues in the culture as being all-powerful and all-alluring, rather than diagnosing the specifics of your heart, you will never be able to discern your worldly heart or engage your culture. This lack of “heart discernment” and cultural dis-engagement are two reasons Christians become sinfully angry about the culture rather than “gospel engagers” of the culture.

A Couple of Options

Of course, you can dismiss what I’m saying while labeling me a cultural compromiser. Alternately, you can address what may be happening in your heart if it disconnects you from the culture Christ told you to engage. In the meantime, today’s children do not have our starting point or concerns. I was born in 1959. Our children were born after 2000. I will not be able to relate to them if I insist that their understanding of things begins two decades or more before they were born. No matter how I describe it, they will never be able to fully understand what it was like to watch in real time the first man step on the moon or to live during the actual twenty-four-hour news cycles of the John Kennedy, Robert Kennedy, and Martin Luther King assassinations.

Our son asked me when he was a child, “Dad, did you study the civil rights movement in school?” I said, “Haydn, I studied the civil rights movement as it was happening. I saw it acted out in my home, school, streets, community, and nation every day of my young life.” He gave me a quizzical look. He had no context or connection point to what I was saying. Though he cannot index backward to understand me because he can’t live in my past, I can index forward by engaging his world so I can understand him, engage him, and, hopefully, make better sense than our nonsensical culture.

Unfortunately, some people equate cultural engagement with compromising the high standards of the gospel. Jesus was the holiest man ever to live, yet He was enmeshed in the heart of His culture. He ate, lounged, and had deep conversations with ragtag sinners. His overly-religious and wrongly spiritualized friends struggled with His associations (Matthew 9:10-11).