The Wisdom of Introducing Sin to Our Families 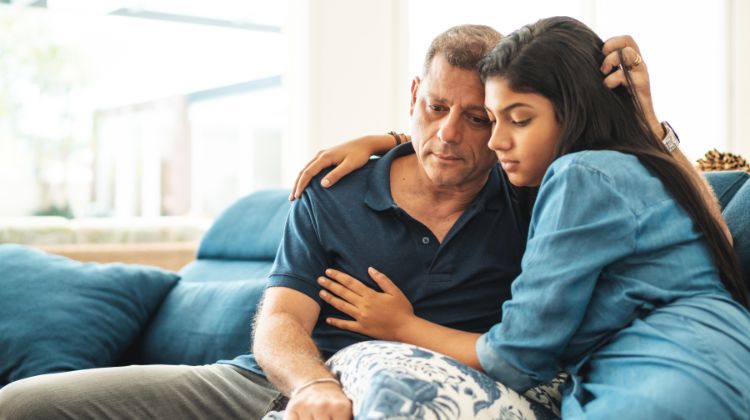 One of the kindest things we can do is introduce a biblical sin plan to our families so they can enjoy the full benefits of the gospel. If we do this, we will begin to release an entire generation of people who will sin but quickly remove it, eliminating the lingering effects of sin which so many of us had experienced from those who had gone before us as they tried to hide the obvious in plain sight while effecting us generationally. We will sin before our families and friends, so let’s demonstrate what we are supposed to do about it. Let them see how we may be ashamed of our sins, but we are not ashamed of the gospel.

Mable never saw her parents argue, confess sins or pursue genuine forgiveness. Mable had no understanding of biblical repentance. Her parents were good Christian people, but sin was something they never talked about openly. Mable is a second-generation Christian who happens to be married to a second-generation Christian, Biff. His family reared him differently from Mable. However, the similarity was he never saw them confess their sins, pursue forgiveness, or repentance.

He saw his parents argue and fight all the time. Though Biff and Mable came from radically different backgrounds, neither knew how to argue well or reconcile biblically. They did not know how to work through their sin episodes and patterns because nobody modeled, discussed, or taught these things in their respective families. As a teen, Mable thought she was a failure because she could not live as righteously as her parents. She assumed they never sinned.

Mable did sin. A lot. But she could never discuss her mistakes with her parents. She was partially afraid to bring it up, and when she was not scared, she did not know how to talk about what was wrong with her. When it came to her marriage, she oscillated back and forth between deep introspection for her sin and stubborn unforgiveness when Biff sinned. These wrong attitudes were frustrating to both of them.

For example, she would tell Biff, “My daddy never got angry,” which infuriated Biff. He felt like her parents were hypocrites, and she held him to an unreasonable and self-righteous standard. The fact he did not know how to repent and reconcile with his wife did not help matters. Neither set of parents did them any favors. Biff and Mable were ill-equipped for marriage. They essentially had two options: Never sin again, which is no option for the Christian, or learn how to respond to sin when it happens.

Biff nor Mable had any sin categories. Mable’s parents ignored, rationalized, justified, or occasionally said they were sorry for what they did in non-specific ways. Biff’s parents were not as civil. They yelled and screamed a lot. They had categories, but most were profane and hurtful daggers tossed around their home. When I suggested they create a comprehensive view of sin, which meant sin categories, they both said,

We have no sin categories. Sin is unclear to us. We have zero understanding about what you’re saying to help each other through even the minor problems we encounter. We understand the big stuff—adultery, divorce, drugs—but that is not where we live.

When Mable was a child, she thought her dad was often angry by the harsh tones in which he spoke to her mom. But he never owned his sin. Her dad would laugh it off, make some snide comment, and walk away. He always justified the way he talked to her. Mable and her mom would excuse his sin too. They would say, “That’s dad.” Biff and Mable’s thinking about sin eventually obliterated any hope of having proper sin categories.

What went on behind closed doors in her parent’s home was in full view in Biff and Mable’s home. Mable had no idea how to live with such a blatant fellow sinner. On the other hand, Biff knew how to live with another sinner. He had seen sin-in-the-raw all his life. The problem with how he lived with a fellow sinner is that he employed a fight fire with fire approach, a dastardly and destructive effect on their new autonomous domestic empire.

The truth was that his categories were not biblical. Things like forgiveness and repentance were idealistic religious jargon that people talked about on Sundays. Since neither of them had a correct view of sin, neither one had any redemptive categories to remedy their conflict. When Mable and Biff came for counseling, I suggested they must not only learn sin categories, but they would need to begin teaching their children a more comprehensive view of sin. They did not have the luxury of learning for themselves and teaching their kids later.

Their kids were already 12, 10, and 7 years old. They could not wait. They needed an immediate and effective course correction in their home regarding how they sinned and responded to each other. They needed to multitask. Being saved does not remove the possibility of sin in your life. It releases you from eternal guilt from the Father. It securely establishes you into His family, but you can’t memory-hole sin because it won’t go away until the return of the risen Lord.

However, once you are in the family of God, there will be sin, and there must be a plan of attack. Christians call this the doctrine of progressive sanctification. Thus, Biff and Mable had two options: They could continue and pretend their sin did not exist, or they could choose to deal with the doctrine of sin the way all Christians should. My counsel in situations like this has always been to state the obvious. Corruption is evident in our lives. It is unwise to sugar-coat it, ignore it, or cut the corners of it.

Sin will not respond to you in such a timid fashion. Sin takes prisoners, capturing any believer. You will lose the battle if you do not fight against it with aggression. A dad or mom can’t parent their children without sinning, though they are free from sin in a justification sense. But sin is alive and active, and it’s in our homes from a sanctification sense, a reality that should not discourage us because we have the power of Christ resident in us.

A husband, wife, and child cannot live with each other without sinning publicly or privately. The entire family must be on board with how they work through their transgressions. The home is a laboratory where trial and error and pass and fail are typical, though Christians have an answer. We have hope. Sin and failure are not tragic ends for us but the victorious beginning of a greater awareness of God and deeper affection for each other. We can look to a nondescript hill and see the defeat of sin, and when Christ came out of the tomb, the obliteration went to another level.

Only the unregenerate should be hiding the sin in their lives. They are the ones who have no hope or victory. Do you think it is odd for Christians to hide or deny their sin? That’s like a strong man saying he has no strength. I want our children to know I sin. I want them to know the truth about me, the good and the bad. I want them to know who I am—as much as appropriate and depending on their ages and biblical maturity.

I want them to see the power of the gospel in my life. More importantly, I want them to see how I work through my sin against God, my wife, and each of them. I might as well want this because I can’t hide the crippling effects of my sin from them. They live with me. They know me. To blush and ignore the truth about who I am mocks the death of Christ.

Be honest. Be real. Be transparent. Be humble. Failing is not the end. We have Jesus. We can show our children and our friends the other side—the side where the grace of God is resident in us. A family with a gospel-centered view of sin is experiencing something that never crosses the mind of the unregenerate soul. Once you tap into the grace of God at this level, you open yourself up to some of the more unique and secret places that God holds out to the humble. If I am proud, the sign says, “I oppose you.” If I am humble, it says, “I give you empowering favor.” (James 4:6)

The irony is that we cannot experience this kind of grace apart from sin. Because of sin, we can receive these extraordinary empowering riches from the hand of our merciful Father. Let me illustrate: we live next to a hospital. Our children have never been to the hospital for medical care. They have passed by the hospital hundreds of times but never benefited from what they do in that facility. Why? They have never needed what our hospital offers. They have to be sick to enjoy the benefits (Mark 2:17).

I trust they won’t ignore, blame, rationalize, or try to justify their sickness away when it comes. My hope is they will eagerly run to this beautiful means of grace. If you’re sick, run to help. It makes sense, right? Here is a short list of benefits to any Christian willing to let others know they are sick—that sin is present in them. You may begin each statement with, The gospel-centered sinner is:

This list is impressive, and it’s for any believer. I talk to parents regularly who are doing these things, and it is an encouragement to hear their stories of grace regarding God’s faithfulness to them, their friends, and their families. Of course, as you might expect, the opposite is also true. If you don’t introduce your family to a comprehensive view of sin, there will be many adverse side effects.

The death of Christ on the cross loudly proclaims we are sinners. In short, we stink to the core. No Christian should seek to hide this fact. To deny sin is to deny the reason the gospel came. Sadly, our shame is part of the complexity of evil. Sin makes us ashamed of ourselves, which it should. However, what we ought to do instead of trying to ignore what is wrong with us, is we should bring our shame to the cross and experience the freedom and the power found in the gospel.